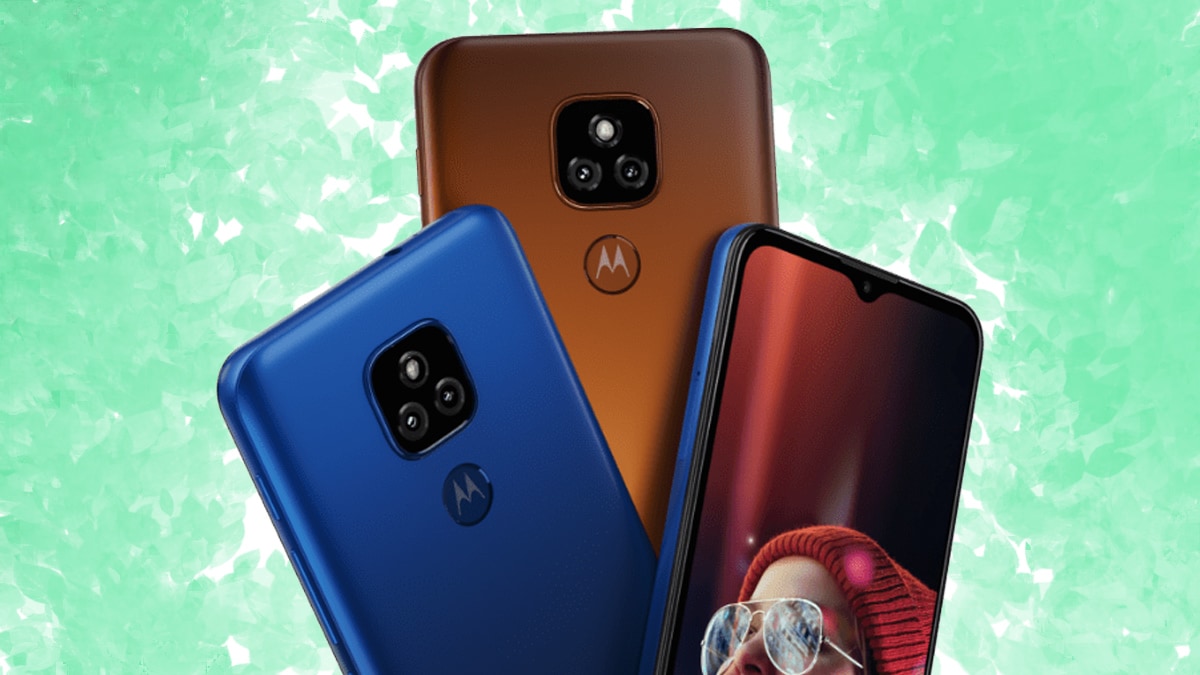 Our list remains pretty much unchanged in the month of December as there hasn’t been any notable launches that we’ve tested. In November, the sub-Rs. 10,000 smartphone segment had some new additions thanks to multiple launches over the past few months. This is a sensitive and strategic price point but the nationwide lockdown and the increase in GST earlier this year have made it difficult for manufacturers to hit this target. While Xiaomi and Realme are still fighting it out in this segment, Motorola has also jumped into the ring now.

The result is more choice for buyers who get multiple options to choose from. Here are some of the best smartphones that are priced under Rs. 10,000 that you can buy right now in India.

The newest entrant is the latest in the budget E-series from Motorola. The Moto E7 Plus is priced at Rs. 9,499 and packs in some decent hardware. It sports a 6.5-inch display with HD+ resolution and a dewdrop notch at the top. The Moto E7 Plus is powered by the Qualcomm Snapdragon 460 processor and is paired with 4GB of RAM. This provides it enough performance to handle day-to-day tasks as well as casual gaming. It has a rear-mounted fingerprint scanner that is quick to unlock the device.

Motorola has packed in a 5,000mAh battery that keeps the smartphone going for a really long time before needing to be charged. There is no USB Type-C port here and the Moto E7 Plus has a Micro-USB port. The bundled charger is 10W only and takes over two hours to charge the device completely. You only get a dual camera setup on the Moto E7 Plus. The primary one has a 48-megapixel sensor, and there is a 2-megapixel depth sensor. The cameras are capable of capturing good photos in daylight. Using Night mode the Moto E7 Plus also takes some decent low-light shots.

The Moto E7 Plus offers a clean near-stock Android UI which is not very common at this price level. If you like a simple, easy-to-use interface then the Moto E7 Plus has that going for it. At a price of Rs. 9,499 the Moto E7 Plus is definitely easy to recommend, but keep an eye out for the more powerful Moto G9, which goes on sale for Rs. 9,999 quite often.

The Realme Narzo 10A can be seen as a replacement for the Realme C3 because these two smartphones share a lot of hardware, with the exception of a fresh design, macro camera, and fingerprint sensor on the Narzo 10A. This phone sports a 6.5-inch display with HD+ resolution and is powered by the MediaTek Helio G70 SoC. There are two variants of the Narzo 10A, one with 3GB of RAM and 32GB of storage priced at Rs. 8,999, and the other with 4GB of RAM and 64GB of storage which costs Rs. 9,999.

The Redmi 9 is the successor to the Redmi 8, which has been on our recommendation list for quite some time now. Xiaomi has made a few tweaks to the Redmi 9 starting with a switch back to a Micro-USB port, which is a little surprising since the Redmi 8 had a USB Type-C port. The Redmi 9 sports a 6.53-inch HD+ display with a dewdrop notch at the top.

Xiaomi has picked the MediaTek Helio G35 processor to power the Redmi 9, and has paired it with 4GB of RAM. The Redmi 9 packs in a 5,000mAh battery but only comes with a 10W charger in the box. While charging is a little slow, battery life is quite good and you should be able to go beyond a day with regular use. The Redmi 9 runs Android 10 with MIUI 12 on top. There is a fair amount of bloatware on the smartphone and we did encounter spammy notifications while using it.

The Redmi 9 has a dual camera setup at the back consisting of a 13-megapixel primary camera and a 2-megapixel depth sensor. It has a 5-megapixel front camera for selfies. The Redmi 9 is capable of handling day-to-day tasks, but heavy games may not run very smoothly.

Realme recently launched two budget smartphones in its C-series. The Realme C12 and Realme C15 are quite similar and share the same dimensions. Both smartphones have 6.5-inch HD+ displays with dewdrop notches. Both are also powered by the MediaTek Helio G35 processor, just like the Redmi 9.

The Realme C12 and Realme C15 both pack in 6,000mAh batteries and have Micro-USB ports for charging. Realme bundles a 10W charger with the C12 while the C15 gets a better 18W charger. You get the Realme C12 in one configuration only with 3GB of RAM and 32GB of storage, while the C15 on the other hand offers an additional 4GB RAM, 64GB storage option although that’s priced above our budget.

The Redmi 9 Prime looks identical to the Redmi 9 and sports a similar 6.53-inch display. However, the display resolution is higher at full-HD+ instead of the HD+ panel that the Redmi 9 has. Most manufacturers now offer only the lower resolution under Rs. 10,000 thanks to inflation, making this uncommon in this price range

The Redmi 9 Prime also has the powerful MediaTek Helio G80 SoC. This gaming processor is paired with 4GB of RAM and you get 64GB or 128GB of storage, though only the 64GB option is within our budget. The Redmi 9 Prime runs MIUI 11 on top of Android 10 and comes with a fair amount of bloatware preinstalled.

The Redmi 9 Prime has a quad-camera setup consisting of a 13-megapixel primary camera, an 8-megapixel wide-angle camera, a 5-megapixel macro camera, and a 2-megapixel depth sensor. The camera performance is average overall. You will get good battery life thanks to the a 5,020mAh battery, but the supplied 10W charger is rather slow.

Is Realme TV the best TV under Rs. 15,000 in India? We discussed this on Orbital, our weekly technology podcast, which you can subscribe to via Apple Podcasts or RSS, download the episode, or just hit the play button below.