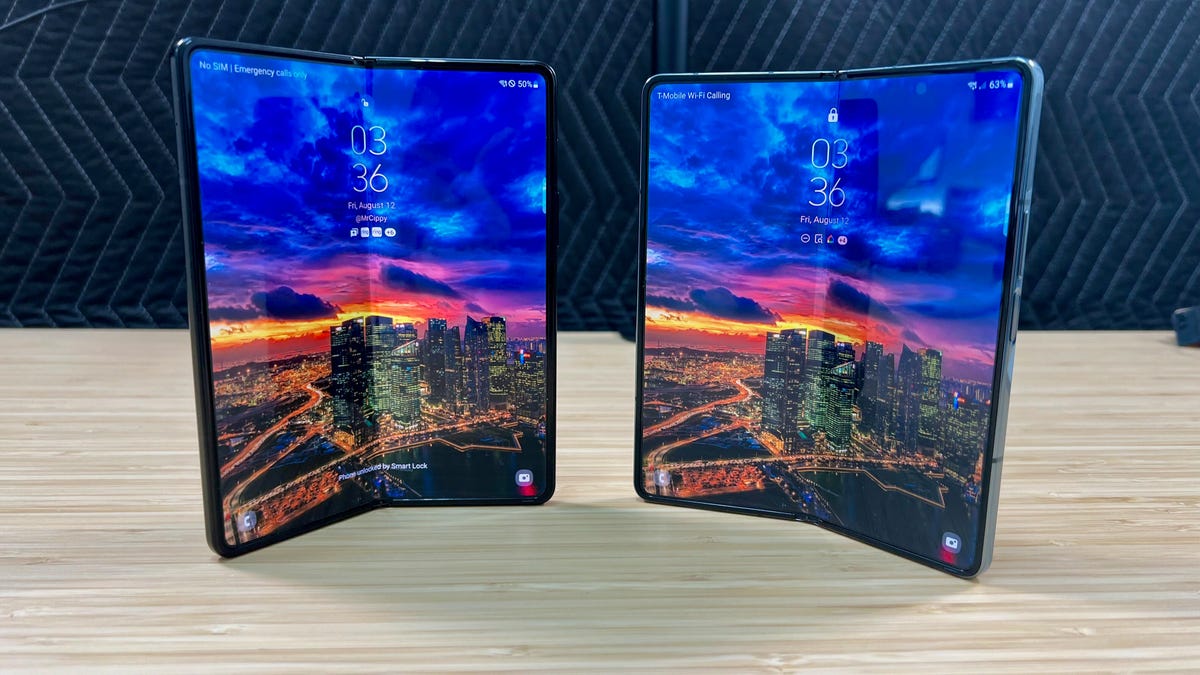 Samsung’s wrapping up a big week where the smartphone giant announced two new foldable phones — the Galaxy Z Fold 4 and the Galaxy Z Flip 4 — along with the Galaxy Watch 5 and Watch 5 Pro and the Galaxy Buds 2 Pro. All of these are currently available for preorder, with shipments and in-store availability kicking off on Aug. 26.

If you’re just warming up to the idea of a foldable phone and you have your mind set on a Z Fold, you’re left with a tough decision: Do you go with the shiny new Galaxy Z Fold 4? Or do you pick up the older, but still impressive Galaxy Z Fold 3?

There isn’t a wrong answer, as both phones are great. To help take some of the hard work of deciding off of your back, below I break down which phone you should get and why.

You should buy the Samsung Galaxy Z Fold 4 if…

1. You want the latest and greatest

With the Galaxy Z Fold 4 being the newest Fold in the lineup, naturally it’s stacked with all of the latest and greatest tech that’s currently available, from Qualcomm’s Snapdragon 8 Plus Gen 1 processor to a completely redesigned hinge that’s smoother and supposed to be sturdier than what was used in the Z Fold 3. It also appears that Samsung is getting better at making displays foldable and dealing with the subsequent crease that it creates.

Also: Does the Z Fold 4 still have a crease? Yes, but we have good news

2. You care about your phone’s camera quality

3. You want a slightly bigger display

The specification sheets for the Z Fold 3 and Z Fold 4 list the displays as being the same size, but there’s a slight difference that may end up mattering when it comes to your buying decision. The inside display is actually 3mm larger on the Z Fold 4 than its predecessors, while the cover display is 2.7mm bigger. Again, I admit that’s not a huge difference. But looking at the two phones side by side, the difference is noticeable — especially on the front display.

You should buy the Samsung Galaxy Z Fold 3 if…

1. You want to save a little money

Foldable phones are pricey. In fact, Samsung currently has the Galaxy Z Fold 3 on its own website listed at the same exact price as the shiny new Galaxy Z Fold 4. But there’s no reason to pay the launch price for a phone that was revealed a year ago. If you shop around you can find a good, if not great, deal. For example, Amazon has a black unlocked Galaxy Z Fold 3 with 256GB of storage for $1,499. You should certainly also check with your carrier for any deals that require a trade-in of your current phone. Oftentimes that’s the best way to lower the overall cost. Finally, if you don’t mind a used or even a like-new Z Fold 3, make sure to check Swappa for good deals. Unlocked used models currently start at $745. Not bad!

2. You don’t need the newest tech

Even though the Galaxy Z Fold 3 is a year old, it’s no slouch. I have owned a Z Fold 3 for nearly a year now, and it continues to receive timely updates that fix bugs and provide security patches, and also add new features. And Samsung told 9to5Google that Android 12L, which is what the Z Fold 4 is launching with complete with an app dock at the bottom, will eventually make its way to the Z Fold 3. Unfortunately, there’s no word on timing.

3. If you’re not really impressed with the Galaxy Z Fold 4

Personally, I’m on the fence about whether or not I should upgrade my Galaxy Z Fold 3. The core updates of the Z Fold 4 — new processor, better cameras, slightly larger display — are good, but not… great. The Galaxy Z Fold 3 still does exactly what it’s supposed to do, and mine has yet to show any signs of its age or wear. And, as I covered above, if you’re willing to shop around, you can find a good deal on a Z Fold 3. In the end, you’ll get nearly the same exact experience for less money. Hopefully by the time the Z Fold 5 is real, Samsung will have some competition that will force the company to do more with future updates.