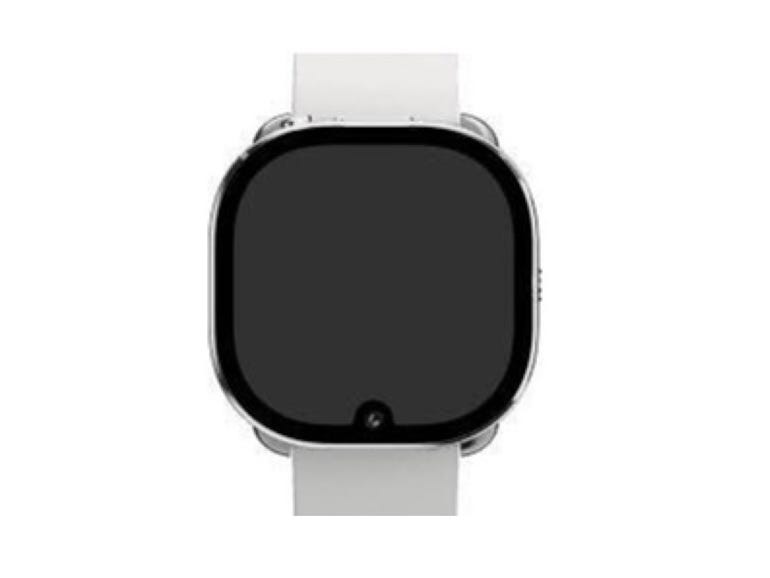 Following the annual Connect developer conference of the company formerly known as Facebook, which has changed its name to Meta, Bloomberg’s Mark Gurman this evening reports that Meta is working on a smartwatch with a front-facing camera, citing an image file found inside Meta’s iOS app, Facebook View, used to control its smart spectacles recently unveiled with Ray-Ban.

Gurman, who regularly covers Apple news, Facebook is planning to debut its first-ever smartwatch next year, though the timing is not fixed, writes Gurman, citing a single unnamed source.

The photo shows a watch with a screen and casing that’s slightly curved at the edges. The front-facing camera — similar to what you’d see on a smartphone — appears at the bottom of the display, and there’s a control button for the watch on the right side.

Gurman deems the watch, based on the image, to be akin to Apple’s Apple Watch in its industrial design. Apple plans to introduce three new smartwatches next year, writes Gurman, including Apple Watch Series 8, citing his previous reports.

Alongside today’s name-change, Meta co-founder and CEO Mark Zuckerberg discussed what he called a Horizon marketplace and a wider metaverse economy that can support a range of experiences through AR, VR, smartphones and laptops, as reported by ZDNet‘s Jonathan Greig. Zuckerberg spoke at length about the company’s plans to build an economy for designers creating new worlds, digital objects and more.