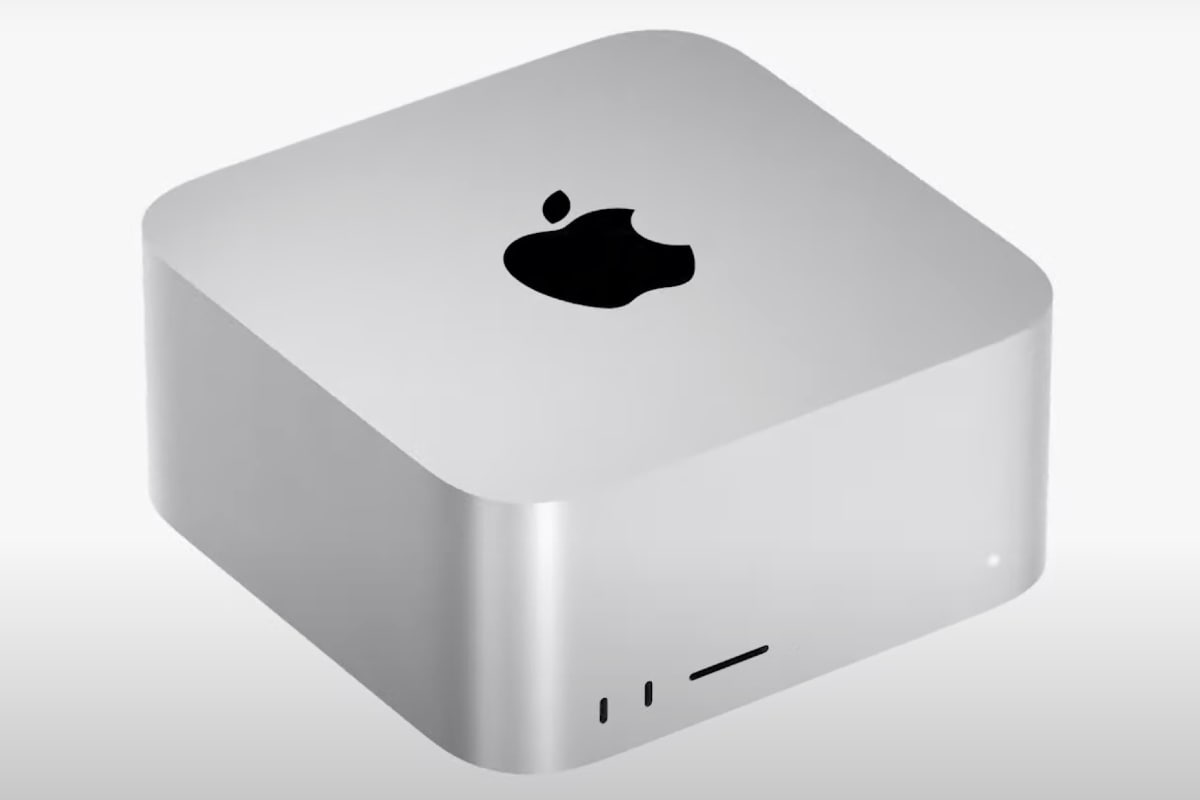 Mac Studio and Studio Display were unveiled at the virtual Apple event on Tuesday (March 8). The new devices are targeted at professionals looking to upgrade their existing gear. The Mac Studio is positioned above the M1-powered Mac mini and also outperforms the existing Intel-based Mac Pro. It is equipped with the M1 Max or newly unveiled M1 Ultra SoCs. The Apple Studio Display comes as the company’s latest external display. It is powered by the Apple A13 chip to handle some processing tasks natively.

The Mac Studio and the Apple Studio Display are both listed on the Apple online store in India and will ship within a few weeks.

Mac Studio is smaller in size than the Mac Pro and is designed to look like the Mac mini, but taller. It is made of aluminium and features the Apple logo on top as well as USB Type-C or Thunderbolt ports and an SDXC card slot on the front. The device also includes an array of ports at the rear including 10Gb Ethernet, HDMI, Thunderbolt 4, and two USB-A ports. There is also a 3.5mm headphone jack. In addition the Mac Studio features Wi-Fi 6 and Bluetooth 5 connectivity options.

The machine measures about 94mm tall and 195mm wide.

The Apple Studio Display comes in a 27-inch size and has a 5K resolution with 600nits of brightness and True Tone for colour adjustment based on ambient condition. This is unlike the Pro Display XDR, which has a 32-inch 6K (6,016×3,384 pixels) display with a pixel density of 218ppi. The panel on the Apple Studio Display is also claimed to deliver true 10-bit colour and super-wide viewing angles. The new Apple monitor is equipped with an A13 SoC to handle some processes without utilising any external resources, and a 12-megapixel ultra-wide camera which supports Center Stage to reframe video calls based on who it detects in the frame. A three-mic array and high-fidelity six-speaker system promise clear sound including spatial audio for music and video with Dolby Atmos.

There’s a tilt-and-height adjustable arm and a VESA mount option. A nano-texture glass option can reduce reflections. It has three 10Gbps USB Type-C ports and one Thunderbolt port which allows connection to all peripherals and can charge any Mac notebook at up to 96W.

The Apple Magic Keyboard with Touch ID, Magic Mouse, and Magic Trackpad will be available in a new matching Black and Silver colour option.

For details of the latest Nokia, Samsung, Lenovo, and other product launches from the Mobile World Congress in Barcelona, visit our MWC 2022 hub.