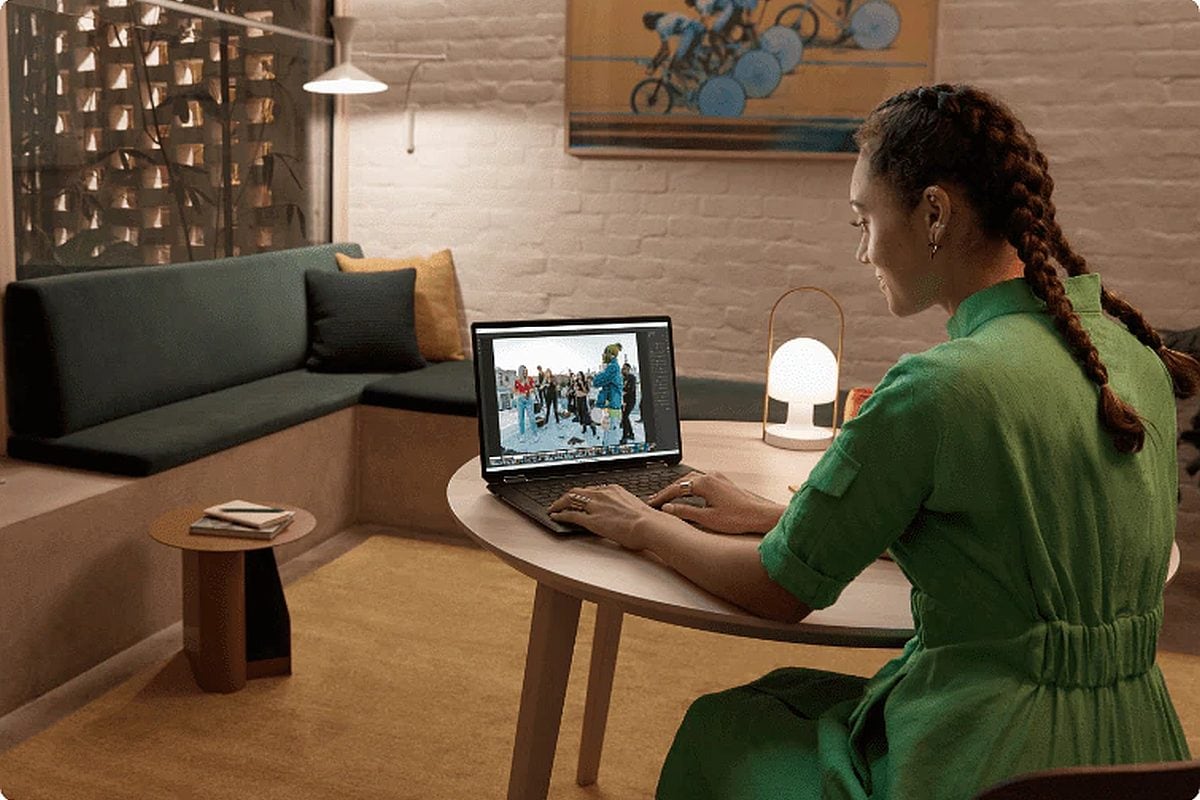 HP Spectre x360 16 convertible laptop was announced on Tuesday. The 2-in-1 laptop features a 16-inch optional ultra-HD+ OLED touchscreen. It comes with a 5-megapixel webcam with an HP GlamCam program that is said to enhance users’ visual appearance during video calls using the Beauty Mode. It is powered by an 11th Gen Intel Core i7 processor with up to an Nvidia GeForce RTX 3050 graphics card. It is also said to be Windows 11 ready when it is available to purchase later this year.

The HP Spectre x360 16 price starts at $1,639 (roughly Rs. 1.21 lakhs). The 2-in-1 laptop from HP will be available to purchase via HP’s website starting October. It will be available in two colour options — Nightfall Black with pale brass accents and Nocturne Blue with celestial blue accents.

The optional 16-inch ultra-HD+ OLED touchscreen on the HP Spectre x360 16 comes with a 16:10 aspect ratio and VESA TrueBlack HDR. The base model carries a 3,072×1,920 pixel resolution IPS touchscreen. Under the hood, it gets an 11th Gen Intel Core i7 processor with an Intel Evo graphics card or an optional Nvidia GeForce RTX 3050 graphics card. It comes with 16GB of RAM, 512GB PCIe NVMe storage and 32GB of Intel Optane memory.

The HP Spectre x360 16 gets quad speakers. Connectivity options include Wi-Fi 6E, Bluetooth v5.2, an SD card reader, two Thunderbolt 4 USB Type-C ports, a 3.5mm combo headphone jack, HDMI, and a SuperSpeed USB Type-A port. The laptop is said to offer up to 17 hours of battery life. It comes with Windows 10 will be Windows 11 ready when it is launched.

The USP of the HP Spectre x360 16 is the HP GlamCam program. As mentioned earlier, it helps enhance user’s visual appearance during video calls using the Beauty Mode. Other video calls enhancing features include Auto Frame that keeps the focus on the user even if they keep moving. There is also a lighting correction mode and the AI noise cancellation drowns out ambient noises automatically. The laptop is constructed using recycled CNC aluminium.

HP has also incorporated some well-being features with the HP Spectre x360 16. It sends users a screen time reminder to take a break if they’ve been using the laptop for a long time. It will also remind users to move back if they’re sitting too close to the screen. Lastly, the laptop gets some privacy protection features that lock the laptop as soon as the user walks away from it. In addition to a privacy camera and a fingerprint sensor, the screen is also blurred for others should they try to peep into the screen.