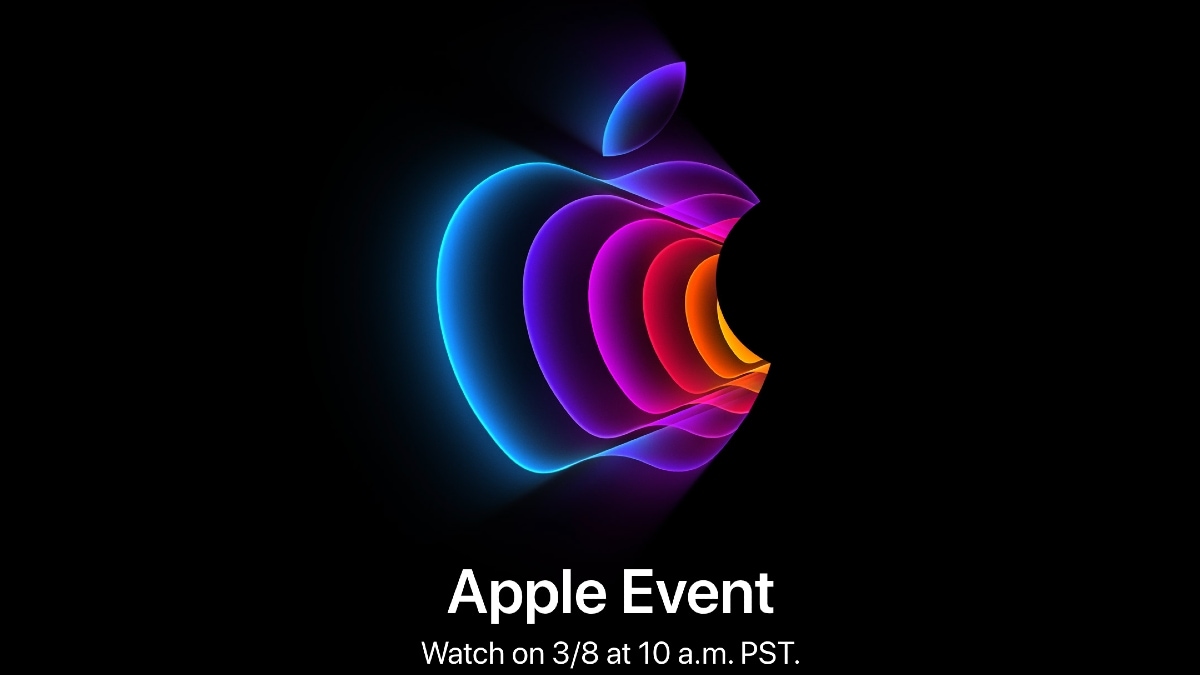 Apple on Tuesday invited media to its March 8 event where it is expected to unveil its new MacBook Pro, MacBook Air, Mac mini, and the iMac Pro based on a mix of Apple M1 and M2 silicon. Alongside the new Mac machines, the Cupertino company is speculated to unveil the long-awaited iPhone SE 3 aka the iPhone SE+ 5G or the 5G iPhone SE as well as its new iPad Air at the virtual event. This will notably be the company’s first public event of the year. Apple is calling the event ‘Peek Performance’ — indicating upgrades to its performance-focussed devices.

The Apple event will take place at 10am PST (11:30pm IST) on March 8. It will be livestreamed from Apple Park through the company’s website and the Apple TV app. The event is also expected to be live through Apple’s official YouTube channel. Although Apple has not yet confirmed any details, the invite carries tagline ‘Peek Performance’ along with a multicoloured Apple logo to suggest upgrades of its devices with performance enhancements and new colour options.

According to the recent predictions made by Bloomberg’s Mark Gurman, Apple is unveiling its new Mac lineup based on a new M2, M1 Pro, M1 Max, and the super-powered versions of the M1 Max. The new MacBook Pro, MacBook Air, and the Mac mini are expected to have the M2 chip, while the new iMac Pro would come with M1 Pro and M1 Max options and a new Mac mini with an M1 Pro.

The MacBook Air this time is also speculated to have a major redesign that could be similar to the one that debuted on the MacBook Pro last year. This could bring a notch to the display and thin bezels. The new MacBook Air models may also have a new colourful design and mini-LED displays, as per some previous reports.

For details of the latest Nokia, Samsung, Lenovo, and other product launches from the Mobile World Congress in Barcelona, visit our MWC 2022 hub.