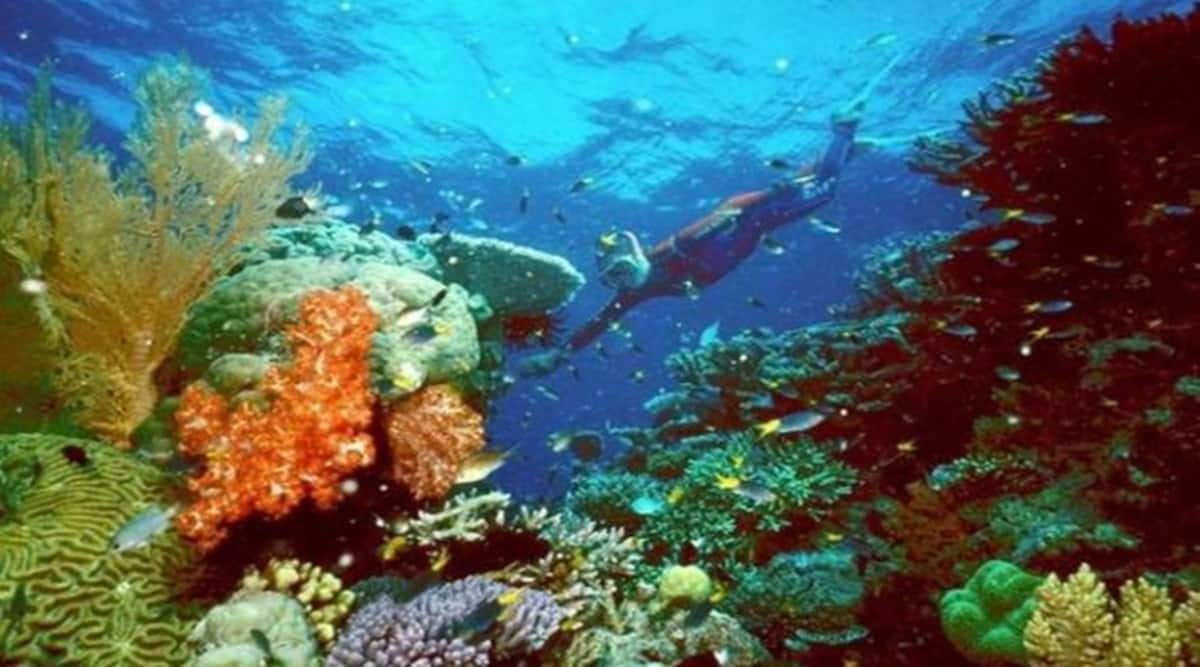 Descending beneath the surface at John Brewer Reef near Townsville, the Great Barrier Reef Is Suffering Another Mass Bleaching Event since 2016.

Coral reefs that suffer bleaching can still recover if the environmental conditions improve, but it would take up to 12 years, only if there is no new disturbance like a cyclone or another bleaching event.

How does coral die?

A corals bleaching survival depends on how long the conditions stay stressful and what the levels are. Also, there are some species that happen to be more sensitive than others, like the branching Acropora corals.

When waters remain warm for long, corals tend to die, but if the temperatures drop with less intense ultraviolet light, the chances of coral recovery and survival are more.

Even if the coral survives the bleaching event, there is still a physiological impact as the bleaching reduces the reproductive capacity and also slows the growth rate. Also, the colonies that may have survived become more exposed to diseases or other challenges.

What are the signs of stress?

The coral’s survival depends on its own resilience and its ability to cope with increased ultraviolet stress and higher temperatures. For shieling themselves, Corals use fluorescent pigments to protect them from excessive ultraviolet radiation.

There are many coral species that have fluorescent pigments in their tissue that are always visible to humans, especially the branching ones with pink or bright blue hues on their branch tips.

There are times when they are never visible but are sometimes visible only during heat stress, wherein the coral colonies boost their fluorescent pigments for fighting the increased ultraviolet intensity in warmer seas.

Australia happens to have the best marine park managers and marine scientists, but according to the latest Climate Action Tracker, the policies happen to be ‘highly insufficient.

In case the global emissions are not kept in check, Australia might warm up by 4 degrees Celsius or more in this century which would cause widespread coral bleaching on the Great Barrier Reef, every year from 2044 onwards.