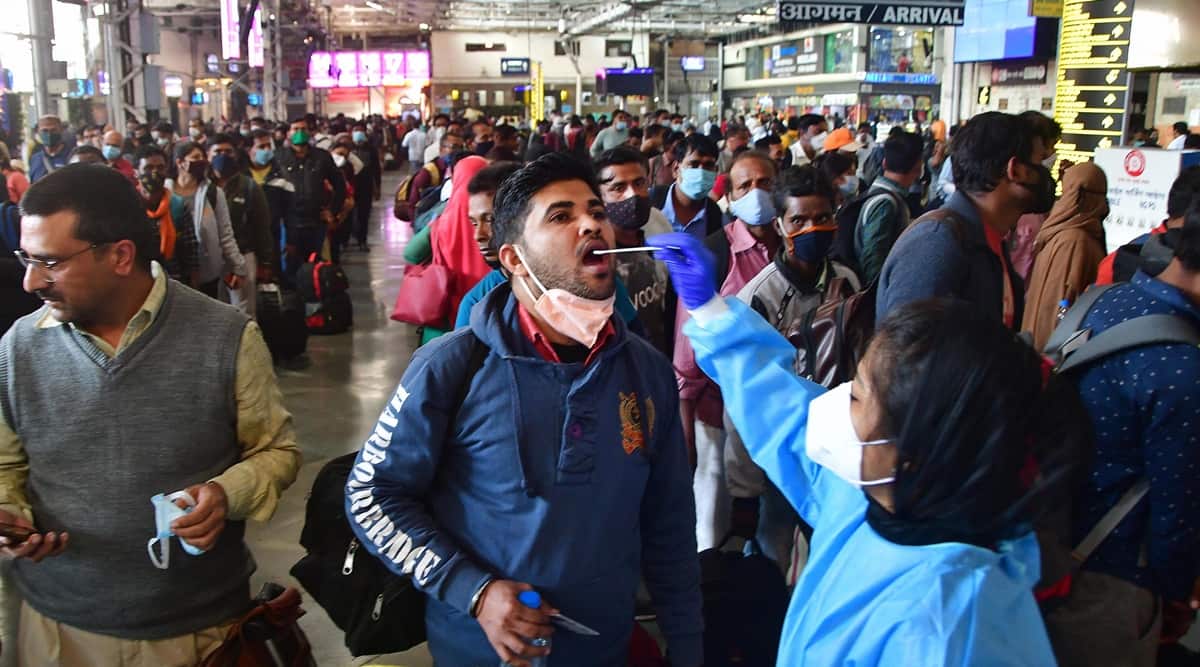 The ICMR Advisory on Purposive Testing Strategy for COVID-19 also said individuals undertaking inter-state domestic travels do not need to get tested either.

Contacts of confirmed Covid cases do not need to get tested unless identified as “high-risk” based on age or comorbidities, according to a new government advisory.

The ICMR Advisory on Purposive Testing Strategy for COVID-19 also said individuals undertaking inter-state domestic travels do not need to get tested either.

It said testing can be undertaken either through RT-PCR, TrueNat, CBNAAT, CRISPR, RT-LAMP, Rapid Molecular Testing Systems or through Rapid Antigen Test (RAT).

A positive point-of-care test (home or self-test/RAT) and molecular test is to be considered confirmatory without any repeat testing, the advisory said.

“People who need not be tested: Contacts of confirmed cases of Covid unless identified as high risk based on age or comorbidities and individuals undertaking inter-state domestic travel,” said the advisory.

It further said that asymptomatic individuals in community setting, people who stand discharged as per home isolation norms and patients “being discharged” from a Covid facility as per revised discharge policy also need not be tested.

Listing the category of people who could be tested, the advisory said in community settings, symptomatic individuals, at-risk contacts (elderly over 60 years of age and individuals with co-morbidity) of laboratory confirmed cases may be tested for COVID-19.

In hospital settings, testing may be undertaken as per discretion of the treating doctor with considerations such as no emergency procedure (including surgeries and deliveries) should be delayed for the lack of a test and patients should not be referred to other facilities for lack of a testing facility, said the advisory.

All arrangements should be made to collect and transfer samples to testing facilities, mapped to the health facility, it said.

Asymptomatic patients undergoing surgical/non-surgical invasive procedures including pregnant women in/near labour who are hospitalised for delivery should not be tested unless warranted or symptoms develop, the advisory said.

Admitted patients may not be tested more than once a week, it said.

The ICMR’s advisory is generic in nature and may be modified as per discretion of the state health authorities for specific public health and epidemiological reasons, the advisory said.