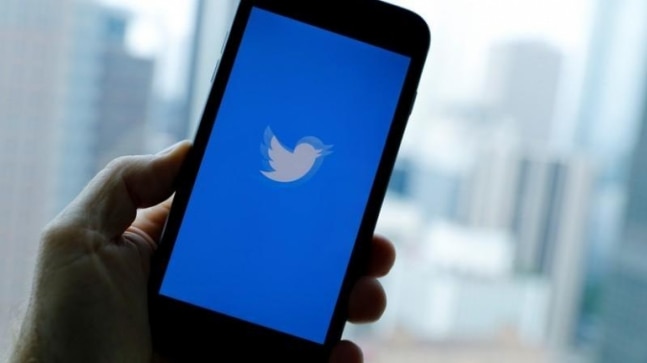 Twitter is the platform where people from all over the world, including leaders and celebrities, voice their opinions freely. But this free speech model did not go well within the governance framework of the Communist Party of China (CCP); the microblogging site was banned in mainland China and its equivalent called Sina Weibo emerged. Here’s the catch: users’ posts on Weibo are heavily-monitored and censored, removing the very essence of free speech.

For the past few months, as the world is grappling with coronavirus that probably originated from China, it looks like Twitter too may have become victim of a censorship bug that could also have its roots in China.

There was a lot of controversy when Fei-Fei Li, an artificial intelligence (AI) expert who allegedly has close connections with the CCP, was appointed to the board of Twitter as an Independent Director in May 2020.

Li was also instrumental in the setting up of a new Google AI lab in China that may be involved in the controversial Project Dragonfly, which was meant to be a search engine that would suit China’s censorship rules.

France-based Chinese dissident and commentator Wang Longmeng speaking to Radio Free Asia said that hiring Li to work at Twitter was like hiring a fox to guard the hencoop. “They seem to have ignored the backstory of Li’s previous cooperation with China,” he said. “Fei-Fei Li… secretly opposed Google’s cooperation with the US Department of Defense from a high moral standpoint … but turned a blind eye to Project Dragonfly, in which Google was planning to help the Chinese Communist Party vet online speech.”

Wang said Li also used a slogan closely associated with Chinese President Xi Jinping and the CCP in a 2017 media interview in China, pledging to help Beijing develop its AI capabilities. Li was quoted in Chinese media as using the CCP slogan “stay true to our founding mission” and said that “China has awakened.”

“I hope that democratic countries will reflect on this and start plugging the loopholes,” he said. “Fei-Fei Li is very likely to be one of those loopholes.”

A week after Li joined Twitter, numerous handles that had criticised this appointment were allegedly suspended without basis or reasons. A Twitter user Caijinglengyan (????) discovered that four of his accounts were simultaneously deleted on May 18. He did not receive an explanation until May 23, when he was told his accounts had been taken down for violating Twitter’s rules against posting identical content on duplicate accounts.

The user stated that he believes the real reason for his account cancellations was that on May 17, he tweeted that Twitter’s new board member has a “red background.”

Caijinglengyan claimed that many other Twitter accounts used by Chinese dissidents were suddenly suspended without notice. After he contacted them, he found that they had also criticised Li or started commenting about her just before their accounts were banned.

Journalist Didi Kirsten Tatlow, a Berlin-based researcher and writer specialising in Chinese affairs, tweeted about her latest research paper for the German Council on Foreign Relations which was on the topic – ‘How Democratic security can protect Europe from a Rising China’. Soon after this, she received a communication from Twitter about possible complaints on this post. While Twitter did not find any basis to take actions here, it surely looks like a targeted attack of bots which may have reported this tweet minutes after it was posted.

While speaking to India Today, Didi Kirsten opined that this could be part of a targeted campaign where tweets critical of the CCP and its allies were mass reported. It could be bots or anonymous users who are tasked with carrying this out in an organised manner. How else would one explain the immediacy of Didi’s posts getting reported?

As tensions build in Ladakh near the Line of Actual Control (LAC), the death of soldier Subedar Nyima Tenzin hailing from Tibet and part of the Special Frontier Force (SFF) of the Indian Army has changed the dynamics of this conflict. Reporting from the ground, India Today’s @AbhishekBhalla7 managed to interview the father of a solider injured in a mine blast. This interview went viral and further irked the Chinese establishment now that the SFF and that its soldiers regularly fought against China as part of the Indian Army was no secret.

Bhalla’s Twitter handle went kaput soon after; “unusual activity” cited on the restricted page. It was taken up with the Twitter India team and the account was restored soon after.

Twitter responded to questions of India Today, saying: “We would like to reiterate that the account was never suspended. The reporter was facing a login related issue which was resolved quickly.”

In late August, @ChinarCorpsIA – one of the official handles of the Indian Army – was allegedly shadow banned when the handle posted a thread on India’s war in 1965 against Pakistan. Multiple tweets part of the thread was hidden or unavailable to the followers of the handle.

Other than journalists, OSINT handles too are facing the brunt while posting tweets that question the policies of CCP and reporting developments on the LAC with respect to the ongoing events involving the Chinese and Indian armies.

Famous handles like @Indopac_info and @CestMoiz have recently expressed their anguish over their own tweets being hidden from their views. These are results of an account allegedly getting shadow banned.

What is a ‘shadow ban’ and how does it impact users?

The problem for users is not just suspension of accounts by Twitter, but a more powerful option that the micro-blogging site may have in its repertoire-a shadow ban. Often, journalists and popular handles alike allegedly get shadow banned if their account violates a preset rule structure of Twitter.

Twitter reject the claim that they ever indulge in shadow banning a user.

A shadow ban can be defined as “deliberately making someone’s content undiscoverable to everyone except the person who posted it, unbeknownst to the original poster.”

When a person is shadow banned, their posts on a platform are rendered essentially invisible to everyone but themselves. Their experience using a site may not change – they feel like they are still posting normally – but other people cannot see the material they produce.

A company statement dated July 2018 reads: “We do not shadow ban. You are always able to see the tweets from accounts you follow (although you may have to do more work to find them, like go directly to their profile). And we certainly don’t shadow ban based on political viewpoints or ideology.”

But critics are not satisfied. Interestingly, as of January 1, 2020 Twitter’s Terms of Service state that they: (…) may also remove or refuse to distribute any Content on the Services, limit distribution or visibility of any Content on the service (…)

In fact, there is even a website where one can verify if his/her Twitter handle is shadow banned based on a few parameters.

Popular OSINT handle Indopac_info who is a noted critic of the CCP spoke to India Today on the same.

He says, “Twitter has many reasons to restrict a user’s reach with their “shadow ban” algorithms. They make sure that only part of my followers receives my tweets on their feed. Many followers told me that they no longer see my tweets or only see some of them. Sometimes, they receive my tweets with a delay of hours or up to 1-2 days.”

“Twitter also deletes most of the retweets and likes that I get. I see my retweet count going down a lot, all the time actually and in big numbers. Followers also tell me that they see their retweets and likes disappear. I see the same with new followers. Twitter deletes the follows and followers told me the same many times.”

He feels that such actions on CCP critical accounts are widespread and many others face similar issues, especially when commenting on China and CCP.

Jennifer Zeng (@jenniferatntd) is a People’s Republic of China-born human rights activist and author, best known for her practice of ‘Falun Gong’- the subsequent government suppression of the movement – and the book, Witnessing History: One Chinese Woman’s Fight for Freedom and Falun Gong, she wrote about her experience regarding it.

She spoke to India Today on this issue and expressed concerns that she too experiences issues that a lot of others have expressed. Even though she is based in the USA, she feels her voice gets suppressed regularly on Twitter.

She said “I feel very sad that I have to do ‘calculations’ before posting something. We are supposed to have freedom of speech in the US. But in my case, I had to practice a kind of self-censorship, although many people say that I am very brave, I still am afraid. Tech giants are having too much power. This is a very serious issue that we must tackle now. I hope we find a way to deal with it.”

Jennifer was referring to her story on Fei-Fei Li and the fear of the same getting suppressed if she had tweeted about the same. So, she posted updates without triggering “alarms”.

It won’t be unrealistic to assume an army of fake bots or actual people reporting CCP critical tweets. This could very well be the reason behind the message Berlin-based journalist Didi Kirsten Tatlow received from Twitter. It is a fact that Twitter removed close to 200,000 Chinese Twitter bots and fake accounts that were indulging in posting pro-CCP content during the Covid-19 outbreak and Hong Kong protests. Some of the handles and tweets disappearing could also be owing to mass reporting of the same by such bots and fake accounts.

Solomon Yue, Vice-Chairman and CEO at Republicans Overseas, spoke to India Today expressing his anguish and called for a US-Senate level hearing on the alleged shadow banning of Twitter. Republicans Overseas is a political organisation in the USA that is recognised by the Republican National Committee.

He said, “What I like to see is that Twitter users who have experienced shadow banning of CCP critics by Twitter gather their evidences while my friends in the US Senate to hold a Senate Committee hearing based on their evidences. Twitter is not supposed to regulate free speech when it was exempted from users’ legal actions by Congress.”

The US Congress exempts social networking sites from lawsuits in order to not regulate or edit free speech.

(The writer is a Singapore-based Open-Source Intelligence analyst)