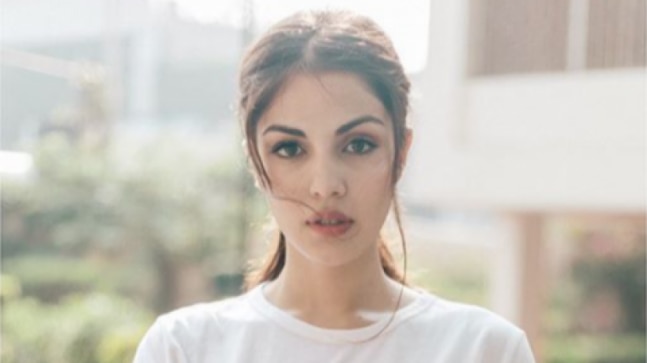 Rhea Chakraborty will take legal action against rumour mongers and the media for spreading false information and defaming her in connection with Sushant Singh Rajput’s death case. On Sunday, a statement issued by Rhea Chakraborty’s lawyer, Satish Maneshinde, said that a list of people will be forwarded to the CBI who made false claims on TV and electronic media.

The statement read, “We will be forwarding a list of people to CBI who made fake and false claims on TV and Electronic Media, including carrying mobile recording and fake stories on SSR case with particular reference to Rhea Chakraborty to go after them and record their statements. We will request CBI to take legal proceedings against them for misleading the investigations. — Adv Satish Maneshinde (sic).”

RHEA CHAKRABORTY WRITES A LETTER TO THE CBI

Rhea has now written a letter to the Central Bureau of Investigation (CBI) officer Nupur Prasad, requesting them to take action against her neighbour, who claimed in a few TV interviews that she saw Sushant Singh Rajput and Rhea together on June 13.

“I was Interrogated for more than 5 days by the CBI in connection with the death of Sushant Singh Rajput. During the investigation, several media channels carried false and bogus stories without any material to substantiate these patently false and fabricated claims in order to achieve their own ends.

“I say that one such person, Mrs Dimple Thawani, made patently false and bogus allegations against me knowing them to be false, to mislead the investigation in the above case. The allegation was that the late Sushant Singh Rajput had dropped me to my residence in his car on the 13th of June 2020, which is utterly false.

In her letter, Rhea further wrote that the offences are ‘serious’ and the allegations were made on a particular TV channel ‘without any basis’.

The letter further reads, “I say that I would therefore request you to take cognisance of the same and initiate appropriate action according to law.”

RHEA’S NEIGHBOUR QUESTIONED BY THE CBI

Rhea Chakraborty’s neighbour, Dimple Thawani, was questioned by the CBI on Sunday. When the CBI questioned Dimple and asked her the details of her claims, she said that she never saw Rhea and Sushant together but heard someone saying the same.

Further, when the CBI asked Dimple if she could identify the person who told her this, she said she had no idea who that person was.

Meanwhile, Rhea Chakraborty was arrested by the Narcotics Control Bureau (NCB) on September 8 for alleged procurement of drugs. The NCB is probing the drug angle in the Sushant Singh Rajput death case.

Rhea had been granted a bail and was released from Byculla jail on October 7. The actress spent 28 days in judicial custody. Her brother, Showik Chakraborty, was also arrested and continues being in jail.