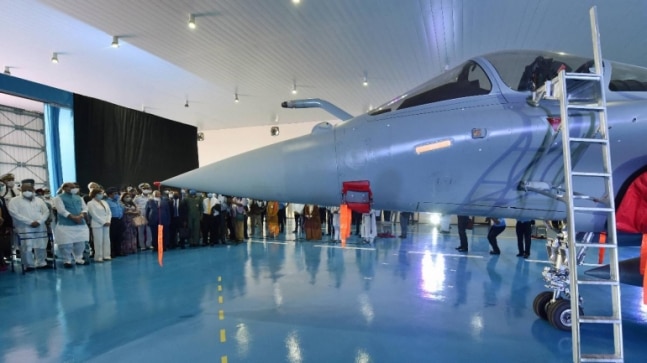 “This induction could not have happened at a more opportune time considering the security scenario today,” RKS Bhadauria further said in view of the simmering tensions between India and China at the Line of Control (LoC) in Ladakh.

With a traditional ‘Sarva Dharma Puja’, air display and Sarang aerobatic team’s performance, the first batch of five Rafale fight was formally inducted into the Indian Air Force (IAF) on Thursday in a mega ceremony in Ambala.