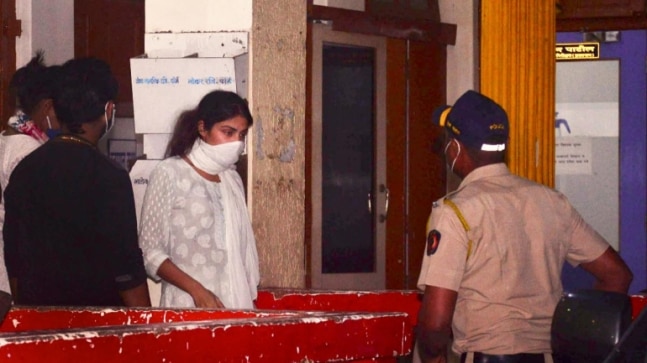 The Narcotics Control Bureau (NCB) questioned Dipesh Sawant throughout the intervening night of September 5 and 6. Sawant is the housekeeper of late actor Sushant Singh Rajput who died by suicide in June of this year.

A source in the NCB said Dipesh Sawant’s statement has been recorded and suggests Rhea was behind the purchase of illegal drugs for Sushant’s home. Prior to Sawant, Rajput’s house manager Samuel Miranda has also named Rhea Chakraborty saying she asked him to buy illegal drugs.

There is a possibility that the NCB team could arrive at Rhea Chakraborty’s home in Mumbai today to issue summons or ask her to join the probe. The team will be accompanied by female officers and is likely to seek the help of local police.

Miranda was arrested on Saturday along with Rhea’s brother Showik Chakraborty. In his statement, Showik also told NCB that it was Rhea who asked him to procure illegal drugs when she was in a live-in relationship with Sushant.

The NCB also mentioned that Dipesh, Showik and Rhea will have to be confronted while in remand.

A Magistrate court sent Showik Chakraborty and Samuel Miranda to NCB custody till September 9. Both have been arrested under Sections 8C, 28, and 29 of the Narcotic Drugs and Psychotropic Substances (NDPS) Act.

Other individuals believed to have been involved in the probe have also been questioned. One Kaizan Ibrahim was sent to judicial custody for 14 days and later granted bail.