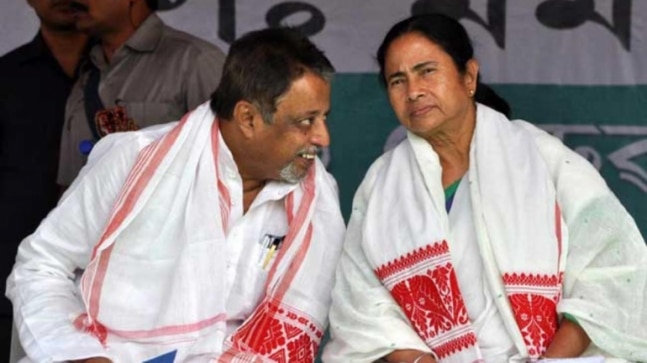 Once considered to be the right-hand man of TMC supremo Mamata Banerjee, Mukul Roy had created ripples when he switched loyalties and joined the BJP in 2017.

Since his induction into the saffron party, Mukul Roy has been one of the key faces of the BJP in West Bengal and has ensured many of his former colleagues in the TMC join him in the BJP.

Mukul Roy, a former Union minister from the TMC, was mired in controversy when he was named in the Saradha scam. Many at the time alleged that the tightening clutches of investigating agencies triggered a switch from ‘Joda phool’ (TMC) to ‘Kamal phool'(BJP).

During 2019, Mukul Roy travelled expansively throughout West Bengal, using his acumen and resources on the ground against the TMC — an exercise that led to the BJP winning 18 of 42 Lok Sabha seats in the state. The performance of the BJP in West Bengal was a shock to even political pundits.

While Mukul Roy participated in every election meeting held by the party, he is yet to be made an official post holder apart from being a member of the BJP’s central committee.

Has this finally soured Mukul Roy’s ties with the BJP? Recent events suggest a possible shift from the BJP for Roy.

A source, on the condition of anonymity, told India Today TV, “TMC leaders have been in touch with Mukul Roy and visited him too. He has organizational skills and is not on best terms with the BJP…so there is a possibility of him considering a ghar wapasi.”

Mukul Roy left for Delhi this week with Sabyasachi Dutta, a TMC leader and former mayor of the Bidhannagar Municipal Corporation. Dutta was brought into the BJP by Mukul Roy.

But he returned to Kolkata soon after, even when the other state leadership is in Delhi for a series of meetings on the 2021 Bengal assembly elections.

Upon his return to Kolkata, Mukul Roy said he had returned for a pre-planned hospital appointment for an important treatment and that he was not informed about the number of days he had to stay in Delhi for party meetings.

Perhaps the most symbolic change, however, is the change of facade at his famous 181 South Avenue address in Delhi.

All posters of Prime Minister Narendra Modi and Home Minister Amit Shah and even BJP leadership are now absent from the walls of Mukul Roy’s Delhi residence…and this absence reflects the presence of differences within.