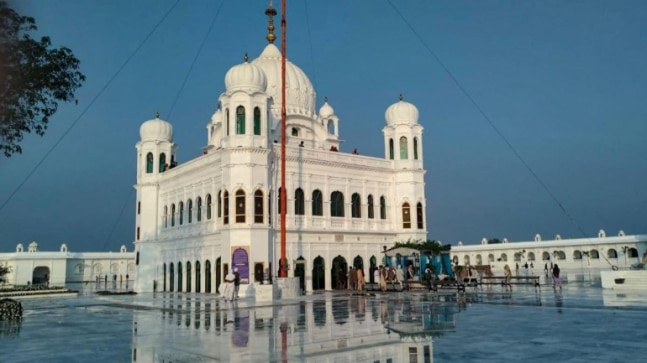 Ahead of the reopening of the Kartarpur Sahib Corridor for “Holy Darshan” on Wednesday, India and Pakistan have agreed to allow only fully vaccinated individuals to undertake the pilgrimage. This means that all pilgrims will have to carry a negative RT-PCR report and Covid-19 vaccination certificates.

The Kartarpur Sahib Corridor links Gurdwara Darbar Sahib in Pakistan, the final resting place of Guru Nanak Dev, to the Dera Baba Nanak shrine in Punjab’s Gurdaspur district. Kartarpur is located on the west bank of river Ravi where Guru Nanak Dev, the founder of Sikhism, spent the last 18 years of his life.

Just four months after it had been opened to pilgrims, the corridor was closed in March 2020 in light of the Covid-19 pandemic.

READ: Ahead of Punjab Assembly Polls 2022, politicians use Kartarpur corridor to woo voters

The pilgrimage is now being revived after a gap of over a year and a half. An announcement to that effect was made by the Government of India earlier on November 15, three days before the birth anniversary of Guru Nanak Dev on Friday.

In a statement, the Ministry of Home Affairs (MHA) said it had decided to resume operations on the Kartarpur Sahib Corridor from November 17, keeping in view the improved Covid-19 situation.

Around 100-200 pilgrims from India are expected to travel across the Kartarpur Sahib Corridor on any given day. Authorities from both India and Pakistan vet the list of pilgrims on a daily basis.

However, the corridor could witness a higher footfall owing to Guru Nanak Jayanti on November 19.

Registration to undertake the Kartarpur Sahib pilgrimage can be made HERE.

Pilgrims crossing the Kartarpur Sahib Corridor will have to undergo regular temperature checks and sanitization while wearing face masks and observing social distancing at all times.

All pilgrims will have to carry a negative RT-PCR report, not older than 72 hours prior to arrival, and Covid-19 vaccination certificates.

File photo of the Gurdwara Darbar Sahib in Pakistan | PTI

Sources told India Today that pilgrims will also have to take a Rapid Antigen Test (RAT) upon their arrival in Pakistan. The pilgrims will not be required to undertake any more tests throughout the duration of the pilgrimage.

The pilgrims will have to follow Covid protocols put in place by Pakistani authorities since the ‘darshan’ is on their side, a top official in the MHA told India Today. They will have to undergo temperature checks and anyone with Covid-19 symptoms will be moved to isolation, the official added.

Political parties have been trying to upstage each other over the issue in poll-bound Punjab.

A delegation of BJP leaders met Prime Minister Narendra Modi, Union Home Minister Amit Shah and BJP chief JP Nadda on the weekend to request them to allow the pilgrimage to resume.

At the time of making the announcement about the reopening of the Kartarpur Sahib corridor, Union Home Minister Amit Shah wrote on Twitter that the decision would “benefit large numbers” of Sikh pilgrims. “This decision reflects the immense reverence of Modi govt towards Shri Guru Nanak Dev Ji and our Sikh community,” his tweet read.

Reacting to the development, CM Charanjit Singh Channi said in a tweet, “It is a happy moment that Kartarpur Corridor is reopening and the prayers of the Sikh community are being answered. I had met PM-HM as CM and had requested them. Now they’ve announced it, I thank them. Punjab cabinet will be part of the first jatha for paying obeisance on Nov 18.”

Punjab Pradesh Congress Committee chief Navjot Singh Sidhu also welcomed the step. Terming it as the “reopening of the corridor of infinite possibilities”, Sidhu said the development was an “invaluable gift”.

Welcome step . The reopening of the Corridor of infinite possibilities invaluable gift for Nanak naam levas may the corridor of the Great Guru remain open eternally to shower blessings on one an all . Sarbat da bhala pic.twitter.com/88Dw9o8nA9

“The wait was long and painful and I am so glad that Guru’s abode is once again open for Darshan Deedar,” Shiromani Akali Dal (SAD) leader and former Union minister Harsimrat Kaur Badal said in a tweet.

The Government of India on November 22, 2018, passed a resolution to celebrate the historic 550th birth anniversary of Guru Nanak Dev. As part of the celebrations, the Centre approved the development of the Kartarpur Sahib Corridor from Dera Baba Nanak to the International Boundary.

India and Pakistan later signed an agreement on October 24, 2019, on the modalities for operating the Kartarpur Sahib Corridor.

The Badals, who were then in alliance with the BJP at the Centre, were also part of the delegation along with Akal Takht Jathedar Harpreet Singh.

On the occasion of the second anniversary of Kartarpur Sahib on November 9, Pakistan Prime Minister Imran Khan had said in a tweet earlier this year, “Kartarpur Corridor reflects my government’s commitment to minority rights and interfaith harmony.