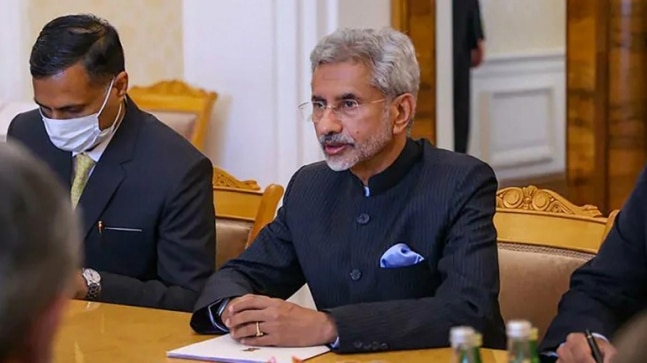 External Affairs Minister S Jaishankar is in Russia for the SCO summit and today he will be holding a bilateral meet with Chinese foreign minister Wang Yi amid the bitter standoff between India and China.

S Jaishankar will be meeting his Chinese counterpart on the sidelines of the SCO summit in Russia.

External Affairs Minister S Jaishankar will be meeting the Chinese Foreign Minister Wang Yi on the sidelines of the SCO meet in Russia on Thursday evening. The meeting between the two foreign ministers come days after the latest skirmish in Ladakh between troops of India and China who have been engaged in a bitter standoff for several months.

The foreign ministers will be attending the Shanghai Cooperation Organisation (SCO) ministerial meet earlier in the day and later hold a bilateral meet on the sidelines at 6 pm on Thursday.

Besides the bilateral talks, the two leaders are also expected to come face-to-face during a luncheon meeting of foreign ministers of Russia-India-China (RIC) on Thursday.

Jaishankar and Wang Yi are expected to focus their bilateral talks on on finding a breakthrough in the ongoing standoff in eastern Ladakh that has been going for several months. The meeting comes days after India and China accused each other of firing in the air, which has become the latest flashpoint in the border dispute.

Several rounds of prolonged military-level talks over months have failed to resolve the border standoff between India and China.

A meeting between Defence Minister Rajnath Singh and his Chinese counterpart Gen. Wei Fenghe on the margins of another SCO meet in Moscow last Friday also did not yield any tangible outcome.

Tensions escalated in leaps after the Galwan Valley clash in which 20 Indian Army personnel were killed. The Chinese side also suffered casualties but it is yet to give out the details. As the talks failed to bring any results, on the intervening night of August 29-30 the tension escalated further as the Chinese troops tried to occupy Indian territory in the southern bank of Pangong Lake.