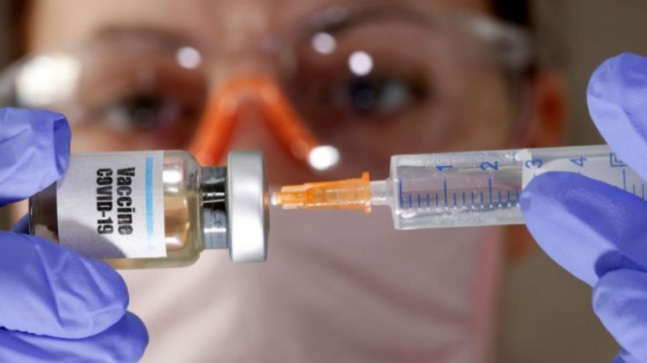 As questions mount over whether the United States will authorize a coronavirus vaccine ahead of November elections, experts say there is a slim chance that enough evidence will be available to prove one is safe and effective in that time frame.

US President Donald Trump has repeatedly said a vaccine is possible before the Nov. 3 election, and accused a “deep state” within the nation’s top health regulator of trying to slow pivotal clinical trials to hamper his chances at a second term.

The US Food and Drug Administration denied that claim, saying its decisions will be guided by data alone. Drugmakers, seeking to bolster public confidence amid political squabbles on Tuesday pledged to uphold scientific safety and efficacy standards in their quest for a vaccine.

Vaccine safety was in focus on Wednesday after AstraZeneca PLC said that it had put a pause on its coronavirus trial on the vaccine with Oxford to review the safety data of an unexplained illness in the U.K. trial. It described the move as routine and said it would restart trials when an independent committee recommended it do so.

Other companies have recently made comments suggesting they could have an answer on whether their vaccines work before November.

“It would really be an amazing vaccine to show that,” Dr. Anthony Fauci, director of the National Institute of Allergy and Infectious Diseases, told Reuters.

Fauci said initial trial results are likely to become available in November or December, but late October remains a possibility. “It is conceivable that if there are enough infections documented early on that you might get that answer earlier,” he said.

Vaccines must demonstrate they are at least 50% more effective than a placebo to be considered for approval. To prove that, government officials have said, at least 150 COVID-19 infections must be recorded among trial participants with at least twice as many occurring among the placebo group.

If a vaccine is especially effective, companies could have their answer sooner. Pfizer Inc and Moderna Inc, whose U.S. vaccine trials have enrolled thousands of people and are the most advanced, say they may have proof after just a few dozen subjects become infected.

Independent panels of experts called data and safety monitoring boards (DSMB) will review trial data at pre-specified points. These boards can recommend companies stop the trials if the evidence is overwhelmingly positive or negative.

For Pfizer, the first interim look occurs when 32 trial volunteers get infected.

Experts interviewed by Reuters cautioned that information gleaned from a limited number of subjects could miss important safety issues that letting the trial fully play out might reveal.

‘ABSOLUTELY INSUFFICIENT’
Pfizer’s trial calls for four interim analyses by the DSMB, the first after just 32 recorded infections. “We may have enough data to be able to share the first analysis by October,” said Pfizer spokeswoman Jerica Pitts.

Basing a decision on 53 cases, is “an absolutely insufficient number,” said Dr. Gregory Poland, a vaccine researcher at the Mayo Clinic in Rochester who has served on FDA vaccine advisory panels. “You would know very little about safety.”

To halt the trials due to positive results, vaccines would likely have to exceed the 50% efficacy threshold.

Pfizer has not disclosed what standard will be used for stopping its trial early. William Gruber, head of vaccine clinical research and development for Pfizer, said “the standard would be evidence of very high efficacy.”

SPEEDY ENROLLMENT
Although both drugmakers began vaccinating people in their respective 30,000-subject trials on July 28, Pfizer is in position to generate results earlier in part because it is administering the second shot of its two-dose vaccine a week earlier than Moderna. Moderna also slowed enrollment to ensure greater participation of at-risk minorities in its study.

Pfizer’s trial also begins collecting data on infections that occur a week after it administers its second shot. Moderna has a two-week lag between the second shot and when it will begin collecting infection data in earnest.

Both trials are on pace to be fully enrolled soon.

Dr. Henry Miller, a senior fellow at the Pacific Research Institute think tank and former director of the FDA’s office of biotechnology, said an emergency use authorization based on a small number of infections would not deliver an adequate answer on the safety of a vaccine intended for use by millions of healthy people. Some side effects could take four to six months to occur, he said.

Dr. Gregory Glenn, research chief for Novavax Inc, which is also developing a coronavirus vaccine, said the October timeline remains possible. But he believes Americans will likely be waiting longer.

“I just think humility is a good thing right now,” he said. “The FDA set out some pretty strict criteria for success. So that’s going to take a pretty good vaccine to do that.”