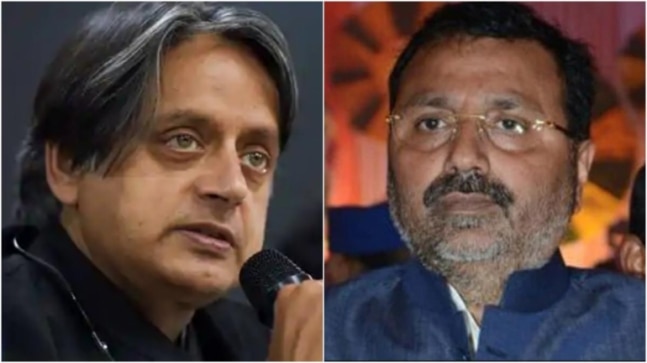 Row over Facebook’s alleged inaction against BJP leaders promoting hate speech has escalated to an unprecedented level. The two-day-old slugfest over Congress ex-president Rahul Gandhi’s charge that the BJP controlled the popular social platforms – Facebook and WhatsApp now has a new twist.

On Friday, a report in an international daily, Wall Street Journal, alleged that Facebook was biased in its functioning in India as it ignored its hate speech policy and allowed anti-Muslim posts on its platform. The report further said that the company did so to avoid ruining its relationship with the Indian government. The issue was escalated by Rahul Gandhi and soon Shashi Tharoor moved in swiftly and fired a summon to Facebook’s India arm to depose before the panel on issues concerning information technology headed by him.

Congress leader Shashi Tharoor, who heads the Parliamentary Standing Committee on Information Technology, on Monday announced that he has summoned executives from Facebook over news reports that the company went soft on right-wing elements and BJP leaders who had delivered hate speeches, prior to the 2019 general elections. “The Parliamentary Standing Committee on Information Technology would certainly wish to hear from Facebook about these reports and what they propose to do about hate-speech in India,” he posted.

In response, the BJP plans to push for the removal of Shashi Tharoor from the chairmanship of the panel.

BJP MP and a member of the parliamentary panel Nishikant Dubey on Tuesday said that Shashi Tharoor was treating the committee as an extension of Congress party.

“Shri Tharoor should realise the Parliamentary Standing Committee is an extension of Parliament, not the Congress party, according to the rules of parliament only the speaker can summon the private persons,” the BJP leader said on Twitter.

“If at any time any question arises whether the evidence of a person or the production of a document is relevant for the purpose of the Committee, the question is referred to the Speaker whose decision is final. Rule 270 and direction of speaker 57(1),” Nishikant Dubey said.

The BJP is now pushing to oust Tharoor from the chairmanship of the panel. The panel has 31 members, out of which 17 are from the NDA. The NDA members have claimed that Tharoor has violated the rules of parliamentary panels.

NDA members of the panel are planning to write to Lok Sabha speaker Om Birla asking for Tharoor’s removal from the chairman’s post claiming he is fixing the agenda of the meetings of the committee without consulting them to further the political cause of the Congress party.

However, the Congress MPs who are members of the panel claim that the BJP was out to scuttle a deposition by Facebook on the issue.

Hostile face-off between BJP and Congress

The WSJ report had set off a slugfest among political circles with Information Technology Minister Ravi Shankar Prasad personally wading into the controversy and calling Rahul Gandhi a loser who could not “influence people even in their own party”.

Losers who cannot influence people even in their own party keep cribbing that the entire world is controlled by BJP & RSS.

You were caught red-handed in alliance with Cambridge Analytica & Facebook to weaponise data before the elections & now have the gall to question us? https://t.co/NloUF2WZVY

The Congress party is also out to use the issue to set the stage for the Parliament’s Monsoon session likely to be called in September. It has flagged the demand for a thorough probe into the charges against the BJP managing to thwart move by Facebook to take down hate speeches posted on the site. The Congress has also raised a demand of a Joint Parliamentary Committee probe into the matter.

The BJP government has, however, junked the demand claiming it’s the Congress that needs to come clean on how its men held crucial posts in the Facebook management.

This face-off along with the government’s handling of the Covid-19 pandemic and aggression by China in Ladakh is expected to impact the session and create fireworks and dissent instead of fruitful discussion.