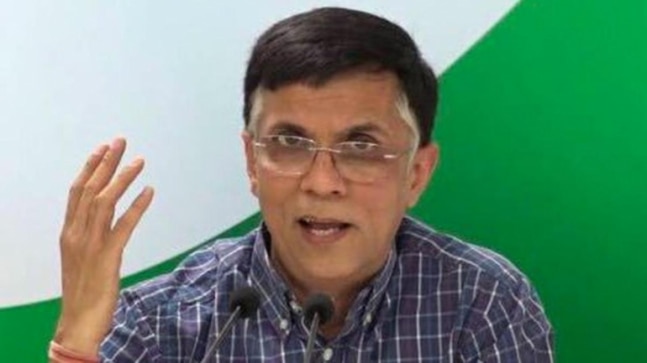 Congress has claimed that the Bharatiya Janata Party and Facebook have been ‘collaborating’ to influence public and policy since 2012. Congress spokesperson Pawan Khera on Tuesday said that the BJP has been using the social media group as a lobby to promote its image and following.

Addressing a press conference on Tuesday, Pawan Khera said that BJP had formed ‘cozy connections’ within Facebook, connections that were guiding the party on several agenda-setting activities in the run up to the 2014 Lok Sabha election.

These, Khera said, included talking points during a meeting with then Law and IT minister Kapil Sibal, litigations against the IT Act in Supreme Court, etc. The Congress claimed that a leaked memo from senior Facebook executive has revealed that the social media giant even drafted a letter, to be signed by Arun Jaitley.

“With each passing day, new revelations expose the unholy nexus between the ruling Bharatiya Janta Party and the social media giant, Facebook. In what has surfaced today, the cozy connection of Facebook executives like Ankhi Das with senior BJP leaders in the run-up to the Lok Sabha election of 2014 stands exposed,” Pawan Khera said.

The Congress leader said that a recent report citing leaked internal memos, chats, and email exchanges between key Facebook officials has given an insight into the kind of “lobbying Facebook was resorting to in the BJP ecosystem between 2012-14”.

“I quote from a July 2012 memo in which Facebook’s global vice-president of public policy Marne Levine writes in reference to the intermediary rules about a closed-door meeting, which then Minister for Law and Justice and Information and Technology Kabil Sibal was holding with Opposition Members of Parliament to discuss the language of these rules. ‘Ankhi has advised MPs that the matter is sub-judice in various courts of India and they should make that point with the minister and reorient the discussion to the substantive issues in the rules… We, along with Google and Youth India’s local policy leads, have worked with them on talking points. We also finished drafting a letter that Arun Jaitley, leader of the opposition can use on intermediary rules’,” Pawan Khera said.

The Congress leader further said between 2012 and 2014, “Facebook was actively involved in ‘coalition’ meetings in the Supreme Court case challenging some aspects of the IT act, where four public interest litigations were being heard, including by MP Rajeev Chandrasekhar. In this regard, the memo says, ‘All these public interest litigations, a total of 4 against the Government of India will be heard together from February-April 2013. The government has a tough job defending itself’.”

Congress spokesperson Pawan Khera also listed several recent and old articles alleging links between the BJP and Facebook. The articles listed by the Congress leader included allegations like challenges faced by Facebook due to strict rules under the UPA government; Facebook’s alleged decision to not designate a BJP legislator as dangerous person despite hate speech content on his page; Election Commission’s decision to go ahead with its partnership with Facebook despite data leak reports; Amit Shah claiming the power of spreading fake news; PM asking party workers to increase following on Facebook; among others.

“I have given you multiple examples of the unholy collusion between Facebook India and the ruling Bhartiya Janta Party. No wonder why the BJP is running shy of parliamentary scrutiny; no wonder why, if questions on Facebook’s professional integrity are raised, none other than Ravi Shankar Prasad himself comes to the rescue of Facebook; no wonder why, the prime minister promotes Facebook by exhorting his MPs to get a minimum 300,000 likes on their pages, and Facebook, in turn, ensures that hate speeches by leaders of the BJP are not removed despite the stated policy of Facebook in this regard,” Pawan Khera said.

The Congress attack on the BJP over its alleged links within Facebook began after an international daily, Wall Street Journal, published a report on Friday alleging that the social media giant was biased in its functioning in India as it ignored its hate speech policy and allowed anti-Muslim posts on its platform. The report further said that the company did so to avoid ruining its relationship with the Indian government.