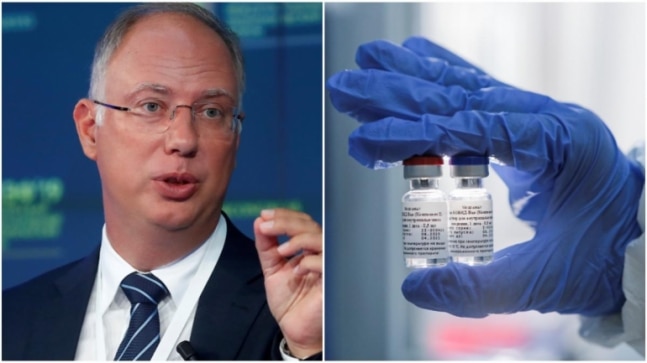 “Moscow is keen to manufacture Covid vaccine Sputnik V in India,” says Kirill Dmitriev, the CEO of Russian Direct Investment Fund, which is funding the vaccine that may cure coronavirus.

India has shown interest in Russia’s Sputnik V coronavirus vaccine that has become the world’s first registered vaccine for Covid-19.

In his first interview with an Indian news channel, Dmitriev says Russia is in touch with Indian regulators and also manufacturers to produce the vaccine in India.

“We have great cooperation with India, Indian scientists and Indian manufacturers. They understand our technology,” he told India Today TV.

Dmitriev further added that India has the manufacturing capability to mass produce the Covid vaccine and hence Russia is interested in bringing India on board as a production partner.

He also said Russia is open to holding phase III clinical trials of the Covid vaccine in India.

“Our target is to inoculate 40 million people. We are working with twenty countries including India,, Saudi Arabia and UAE. We want to make this vaccine affordable and accessible with production partners around the world,” he the RDIF chief added.

Russia has already started producing the first batch of its new vaccine for Covid-19, even as the world demands more scientific proof of the vaccine candidate’s efficacy.

Its approval comes before trials that would normally involve thousands of participants, commonly known as Phase III. Such trials are usually considered essential precursors for a vaccine to secure regulatory approval.

Some scientists said they fear that with this fast regulatory approval Moscow may be putting national prestige before safety amid the global race to develop a vaccine against the disease.

However, Kirill Dmitriev dismissed the concerns.

“The vaccine is safe and reliable. I have been inoculated along with my entire family, including my 90-year old parents,” he said.

He maintained that the science behind the Sputnik V vaccine has been in the work for years.

“The vaccine platform has been developed over the last six years and hence has no side effects,” he said.

The Sputnik V vaccine developed by the Gamaleya Institute in Moscow uses a different virus — adenovirus — that’s been modified to carry genes for the “spike” protein that coats the coronavirus, as a way to prime the body to recognise when a real Covid-19 infection comes along.

Dmitriev told India Today TV that the adenovirus platform was adopted as it has been proven to cause no side effects.

Despite Russia going full steam ahead with the production of its coronavirus vaccine, the World Health Organisation (WHO) has said that vaccine is not among the nine that it considers in the advanced stages of testing.

The WHO maintains that the Sputnik V vaccine still needs a rigorous safety review.

To this Kirill Dmitriev said that Russia does not need WHO approval to produce or distribute the vaccine.

“The WHO is changing its language on accepting Sputnik V. Countries do not need WHO clearance to procure the vaccine. It needs to be authorised by the domestic regulator,” he said.

Exuding confidence over the vaccine, Dmitriev said, “In three months people will see the efficacy with over 2-3 lakh people vaccinated across the globe with Sputnik V.”