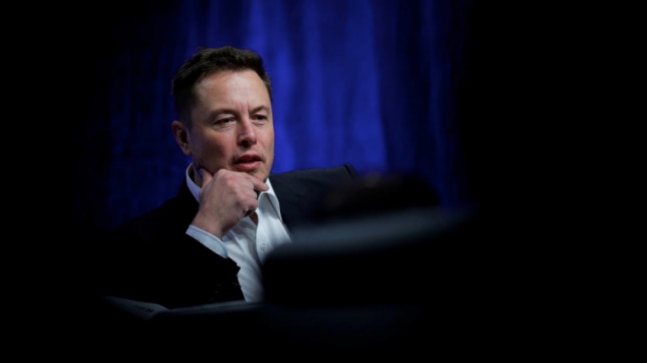 Elon Musk has now entered the elite group of five richest people on Earth. The only people placed above him right now are Mark Zuckerberg ($99 billion), Bill Gates ($121 billion) and Jeff Bezos ($188 billion).

Elon Musk’s net worth now stands at $84.8 billion, making him the fourth-richest person in the world. (Photo: Reuters)

Elon Musk, the CEO of Tesla and SpaceX, is now the fourth-richest person in the world. The outspoken tech entrepreneur’s net worth has increased to $84.8 billion after gains nearly $8 billion ($7.78 billion) in a single day.

According to the Bloomberg Billionaires Index, Musk’s wealth jumped after a tech rally on Wall Street saw Tesla shares rise by 11 per cent at Monday’s closing.

The sharp rise in net worth took Musk past the likes of luxury tycoon Bernard Arnault ($84.6 billion), Mukesh Ambani ($78.8 billion), and Warren Buffet.

The 49-year-old has now entered the elite group of five richest people on Earth. The only people placed above him right now are Mark Zuckerberg ($99 billion), Bill Gates ($121 billion) and Jeff Bezos ($188 billion).

Musk, who has been known for his recent meltdowns on social media, has had a good year so far with both his companies — Tesla and SpaceX — registering solid growth.

Tesla shares are up over 300 per cent this year, according to Bloomberg and there is wide scale anticipation that the company will be included in the S&P 500 soon.

SpaceX, too, has grown by leaps and bounds. According to a news report published on Bloomberg, the company is close to finalising a $2 billion funding deal that would increase its equity value to $46 billion.

It is also worth noting that Musk’s fortune has grown by over $57 billion this year at a time when most other billionaires saw their wealth drop due to the coronavirus pandemic. It is the second-biggest increase in net worth in 2020 after Jeff Bezos, who saw his wealth catapult by over $73 billion.

Also Read | Elon Musk shares pic with son X Æ A-12 in new post. Can you decode the caption?