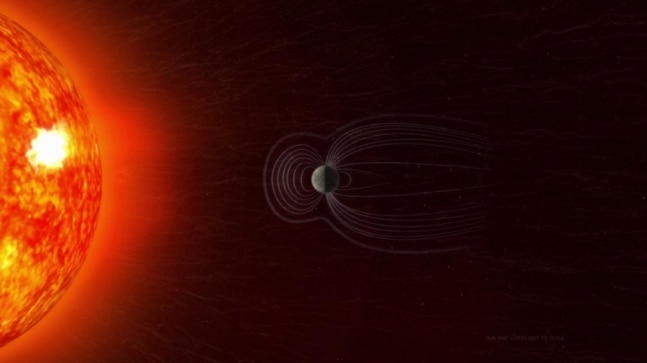 A dent present on the protective magnetic shield over the surface of Earth is widening and raised concerns among scientists. In a report, Nasa has said the widening dent in the magnetic shield have far-reaching effects on satellites, space missions and navigation.

The dent, which has been present over South America and the South Atlantic Ocean for several decades, is known as the South Atlantic Anomaly (SAA). NASA has said the anomaly is now growing and although it will not have an impact on Earth, it can throw navigation in space out of gear.

The magnetic field on which the dent has occurred protects the Earth from particle radiation of the Sun. With the South Atlantic Anomaly widening, the weak spot is letting the harmful particle radiation from Sun come near to the surface. Not only that, this anomaly also affects satellites that pass through the area and tamper with the navigation.

WHAT HAS CHANGED WITH SAA

The South Atlantic Anomaly (SAA) has existed on the Earth’s magnetic field for years. However, Nasa has said in a new report that the dent is now “expanding westward and continuing to weaken in intensity”. Nasa has also said that the weak spot is splitting into two lobes, “creating additional challenges for satellite missions”.

Nasa’s Earth scientists are now monitoring the changes to predict future changes and prepare for the future challenges this weak spot in the Earth’s magnetic field may throw at space missions and satellites.

According to a report in The Business Insider, the European Space Agency (ESA) had said in May that the magnetic field has lost 9% strength over the past 200 years. The weak spot in this shield has further worsened 8% since 1970. Now, Nasa has said that the dent is splitting into two lobes.

WHAT HARM CAN THIS CAUSE

The South Atlantic Anomaly is capable of meddling with the navigation and data collecting systems of space missions and satellites that pass through this area. With the weak magnetic field, satellites can be hit with particle radiation from the Sun and they risk suffering short circuit, glitches and permanent damage.

WHAT HAS CAUSED THE DENT

Nasa has said the South Atlantic Anomaly (SAA) is caused by processes in the Earth. The tilt of the magnetic axis and the molten core of the Earth both cause the dent in the magnetic field.

Forces in the Earth’s core and the tilt in the magnetic axis together cause the anomaly, leading to the weak spot in the protective magnetic shield.

As the Earth’s North Pole and South Pole are not perfectly aligned, the tilt in the axis lead to this anomaly combined with the motions on the outer layer of the molten core.