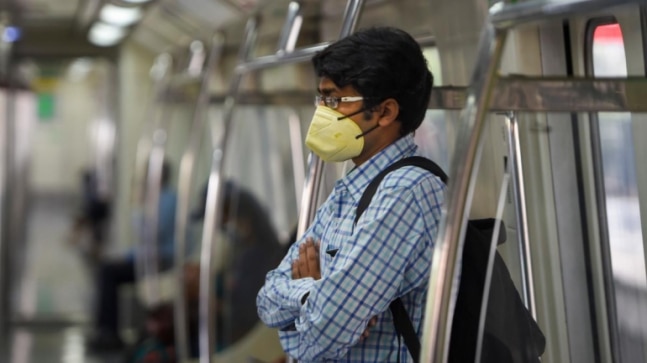 With Delhi experiencing a fresh rise in its daily Covid-19 cases, the national capital’s fight with the deadly coronavirus is far from over. The second wave of Covid-19 is apparent in Delhi as the number of daily new Covid cases is back to mid-June levels. India Today’s Data Intelligence Unit (DIU) dived deep into the city-state’s Covid-19 numbers and found that even though the cases are on a rise, the second wave of the virus in Delhi is not as lethal as the one it faced earlier.

Delhi saw its first peak in late June when the cases rose to 3,000 per day on an average. The number of daily cases fell beginning July and by the end of July, Delhi was adding a little over 1,000 cases per day. However, since mid-August, Delhi’s daily cases have been steadily moving upwards and on Wednesday, it recorded 4,039 new cases, the highest the city has recorded so far. The overall coronavirus number in the city has crossed 2 lakh, data from the Delhi government shows.

Chief Minister Arvind Kejriwal also asked Delhi residents to not panic as the rising number of new cases was only a result of increased testing in the state. The record numbers post the first peak has also come after a record number of tests conducted in a day. According to the state health bulletin, Delhi tested 54,517 people on Wednesday. The state is testing roughly 35,000 people per day on average for the last week.

It is important to know that when Delhi had faced its first peak, its average daily testing was almost half of what it is today. On June 23, when Delhi recorded the highest number of new cases – 3,947, it had conducted a little over 18,000 tests.

During the first wave of Covid-19, Delhi’s TPRs were soaring as high as 30 per cent. According to the World Health Organization (WHO), ideally, the TPR should remain below 5 per cent. A TPR over 10 per cent shows inadequate testing or chances of community spread. As on September 8, Delhi’s TPR has come down to 7.41 per cent, though still above the threshold level of 5 per cent, it is still moving downwards.

However, one needs to be careful when looking at the test positivity rates, since Delhi uses a combination of both gold-standard RT-PCR and the Rapid Antigen Test, which is less sensitive.

The opacity on Rapid Antigen and RT-PCR tests was questioned in the court and only after it intervened did the Delhi government send the detailed break-up of the tests being conducted.

On Tuesday, Health Secretary Rajesh Bhushan, during a press briefing, also highlighted that some states were not conducting the mandatory RT-PCR test after a negative antigen test result.

Bhushan said, “You can chase the virus only if you catch the missing persons. We found that there were many symptomatic people who got negative results in antigen tests and were not re-validated by an RT-PCR test”.

Doctor Giridara Gopal Parameswaran, epidemiologist and founder of India’s Covid-19 Apex Research Team (iCART) said, “Low TPR is due to the vastly dilute denominator wherein a rigid criterion for testing was not followed. Anyone anywhere anytime could get Rapid Antigen Tests done”.

Doctor Parameswaran also explained how testing numbers could conceal the details around the second wave more than what they reveal.

He said, “The numbers are driven by missed cases of Rapid Antigen Tests and the complacency to not retest symptomatic negatives. Additionally, serial testing of the population is necessary. Now an individual who gets tested by RAT and finds itself negative, thinks they are fine. Same populations have to be targeted again and again until you detect all the fish in the tank. This needs good planning with parallel seroprevalence data in the given locality”.

Not only have the test positivity rates come down, but Delhi’s daily deaths in the second wave are also considerably lower than what they were during the first wave.

During the peak it witnessed in June when Delhi registered 3,000 daily cases, the daily fatality was recorded between 60-80. For the past two weeks, Delhi has been recording 19-20 deaths per day; however, the number of positive cases has now started rising.

Doctor Parameswaran said one has to be patient with the fatality numbers as cases and deaths come with a lag.

He said, “Earlier there was a lag in identification as people had to wait for RT-PCR results and their admissions were delayed. Now that lag is reduced by Rapid Antigen Tests. More people are being identified before they get sicker and hence, they can be provided with timely care. That could explain the low deaths but we need to watch the trend till the second peak comes”.

“If the proportion of daily deaths is similar until the second peak, maybe the Antigen Tests helped to reduce the deaths by identifying people earlier but it missed more cases and let the pandemic spread,” he added.