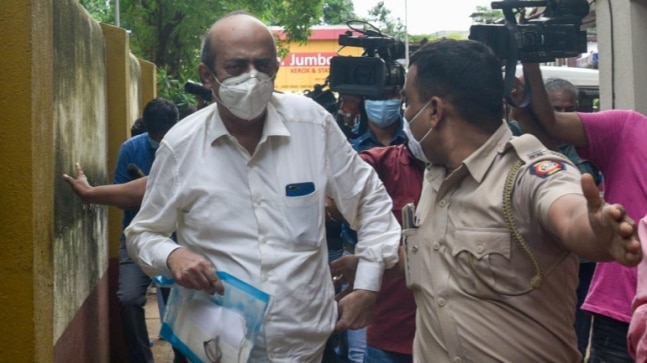 After son’s arrest by the Narcotics Control Bureau (NCB), Rhea Chakraborty’s father Lt Col Indrajit Chakraborty has launched a scathing attack on the media trial his family has endured over the past two months.

Congratulations India,” said Lt Col (Retd) Indrajit Chakraborty. From any other person, a message like this would evoke pride. But the commendation came from the father of actress Rhea Chakraborty, prime accused in actor Sushant Singh Rajput’s death case. His message was a scathing attack on the media trial his family has endured over the past two months.

Reacting to the arrest of his son Showik by the Narcotics Control Bureau, Lt Col Indrajit Chakraborty said, “Congratulations India, you have arrested my son, I’m sure next on the line is my daughter and I don’t know who is next thereafter.”

“You have effectively demolished a middle-class family. But of course, for the sake of justice, everything is justified. Jai Hind,” he added.

His statement came after the NCB arrested his son Showik Chakraborty and Sushant Singh Rajput’s house manager, Samuel Miranda, in the drug probe being carried in connection with the actor’s death.

According to the NCB, Showik was a facilitator not only for Sushant but also arranged narcotics for some other Bollywood stars.

During the questioning, Showik confessed to the NCB that he used to buy drugs at Rhea’s behest.

According to sources, the NCB is also likely to summon Rhea Chakraborty on Sunday.