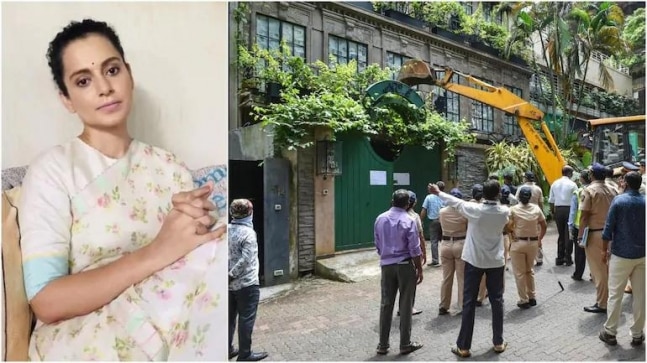 The Brihanmumbai Municipal corporation (BMC) on Monday moved an application asking the Mumbai civil court to vacate its stay on a demolition that they could carry out on a high-profile residence in Khar area of Mumbai.

In 2018, the municipal corporation shot off a notice to the builder and the various occupants of the building stating that there were many unauthorised changes made. According to BMC officials themselves, “the irregularities were found not just on the fifth floor but in other floors as well.”

That notice was challenged by Kangana in the Dindoshi sessions court and at that time itself, the court had ordered the “corporation to consider the reply and documents of the plaintiff (Kangana) within four weeks and pass fresh speaking order. Till that time no coercive action to be taken against the notice structure.” With this, the court had disposed of the suit in 2018 itself.

The BMC looked into the issue and later again passed another order of demolition. This time, too, the members of the building including Kangana challenged the order in Dindoshi court and the court had ordered a stay on the demolition until further hearing. BMC officials said that they had been following up with the court until now and waiting for an appropriate order.

However, on Monday in the light of recent war of words between Kangana and Shiv Sena, the BMC filed another affidavit before the court seeking that the stay be lifted.

The court heard the case on Tuesday and has kept the case for hearing two weeks from now. Until then, BMC officials will not be able to move and take action against Kangana’s residence or for that anyone else’ residence in that building.

The controversy took a grave turn on Wednesday as the BMC demolished a part of her office at Pali Hill in Bandra.

The BMC said that the demolition work was carried on the illegal alterations in the bungalow, however, the actor and her lawyer claimed that the corporation was lying and she was being targeted because she spoke against ‘move mafia’ in ‘Bullywood’.

In a series of tweets, Kangana Ranaut accused Uddhav Thackeray of cruelty and compared her plight with Kashmiri Pandits. The BMC action against the actor’s property kicked up a storm on social media as several politicians and Bollywood personalities slammed the municipal body for ‘selective action’ against Ranaut.