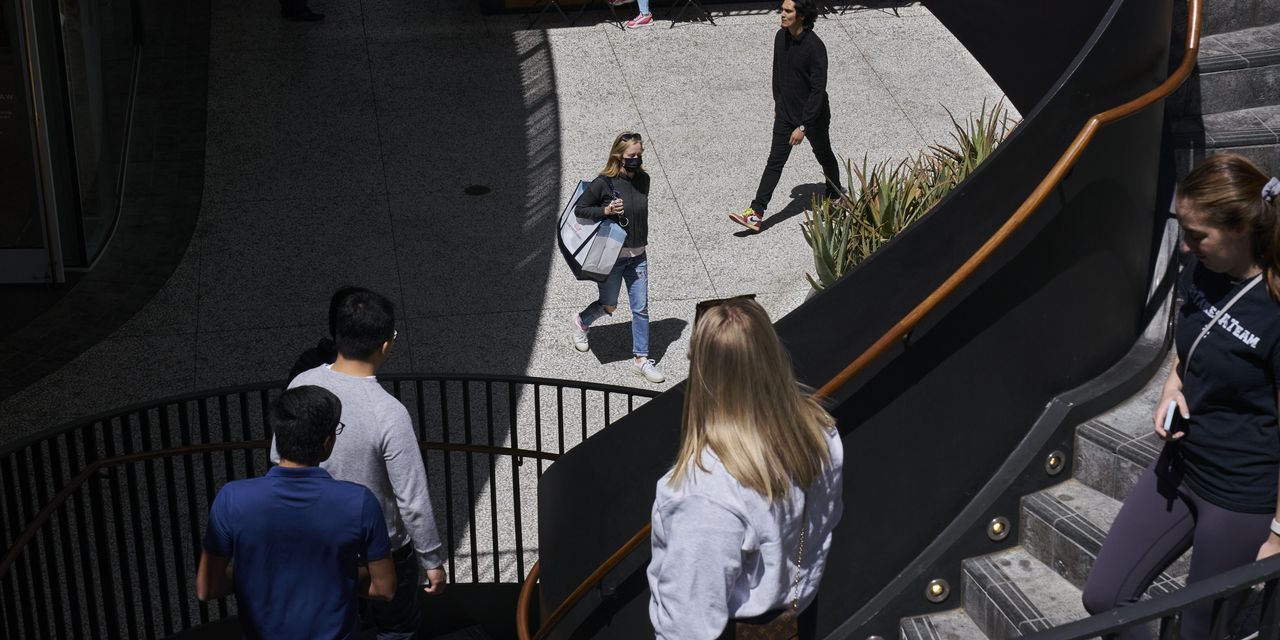 Most top executives say they think a recession is looming or already here, according to a new survey, reflecting a rapid deterioration of the economic outlook among business leaders.

More than 60% of CEOs expect a recession in their geographic region in the next 12 to 18 months, according to a survey of 750 CEOs and other C-suite executives released Friday by the Conference Board, a business research firm. An additional 15% think the region of the world where their company operates is already in a recession.

In late 2021, 22% of CEOs surveyed by the firm reported seeing recession risk. That total was down from 39% a year earlier.

How concerned are you about a recession? Join the conversation below.

The survey, which is based on data collected in May, was conducted before the Federal Reserve on Wednesday approved its largest interest-rate increase since 1994 and Fed officials said it was becoming more difficult to tame inflation while avoiding a recession.

“We need to be prepared for tougher times,” said

a Brussels-based chemical maker, who added that rising inflation could hurt demand for products.

The usual sources of difficulty in today’s economy are driving growing fears of a recession, executives say.

The fallout from Russia’s invasion of Ukraine, supply-chain challenges and Covid-19 lockdowns in China, not to mention rising interest rates, are all “creating some uncertainty in terms of the outlook,” said

chair and CEO of accounting and advisory firm KPMG U.S.

At heating and air-conditioning manufacturer

PLC, the company has continued to see robust demand for its products, said CEO

who added that the construction industry still looked healthy. But he said energy prices represent a broader economic threat.

“Any time you see energy costs—and the impact that has on cost of goods, and transportation—those fundamentals, obviously, from an economic standpoint, matter,” Mr. Oliver said.

said Tuesday it was cutting 1,100 employees, or about 18% of its workforce.

“We appear to be entering a recession after a 10+ year economic boom,”

Coinbase’s CEO, wrote in a letter to employees. “A recession could lead to another crypto winter, and could last for an extended period.”

PLC, said he saw little sign that the market for front-line workers was softening. “It’s still a labor shortage,” he said.

“There is this gap between how consumers are viewing this—they’re not as worried as CEOs are,” Ms. Peterson said. “But CEOs are trained to look 12 to 18 months down the line. Most consumers? The next few months, or three to six months, is really what they’re thinking about.”

Last month brought a continuation of what some have deemed an exodus of CEOs stemming in part from recession concerns, said Andrew Challenger, senior vice president of Challenger, Gray & Christmas, Inc., which tracks monthly changes to companies’ CEOs. The executive outplacement firm found 668 CEOs left their roles from January through May, up 24% from the same period in 2021 and the highest total in that five-month period of the year since the firm began tracking CEO changes in 2002.

To be sure, views on the economic outlook vary. About one out of five CEOs don’t think there will be a recession in the next two to three years, while more than one-third of CFOs don’t expect a recession in that period.

said at a conference earlier this month that a “hurricane is right out there down the road coming our way.”

, said at the same conference that his bank wasn’t seeing signs of a slowdown in spending. “Customers have more money in their accounts than they did prepandemic by multiples,” Mr. Moynihan said. “They’ve got plenty of money to spend.”

President Biden said in an interview with the Associated Press this week that the U.S. is well-positioned to tamp down inflation without a sustained economic contraction. “First of all, it’s not inevitable,” Mr. Biden said of warnings about a recession. “Secondly, we’re in a stronger position than any nation in the world to overcome this inflation.”

Some executives have said recently that they are wary of cutting back on hiring or making other changes to their businesses that otherwise still appear strong.

“I’m afraid we’re all going to talk ourselves into a recession as everybody is out there screaming about hurricanes and other stuff just scaring the consumer,”

an Ohio-based industrial-packaging manufacturer, said on a call with investors this month. “We’re just not seeing it.”