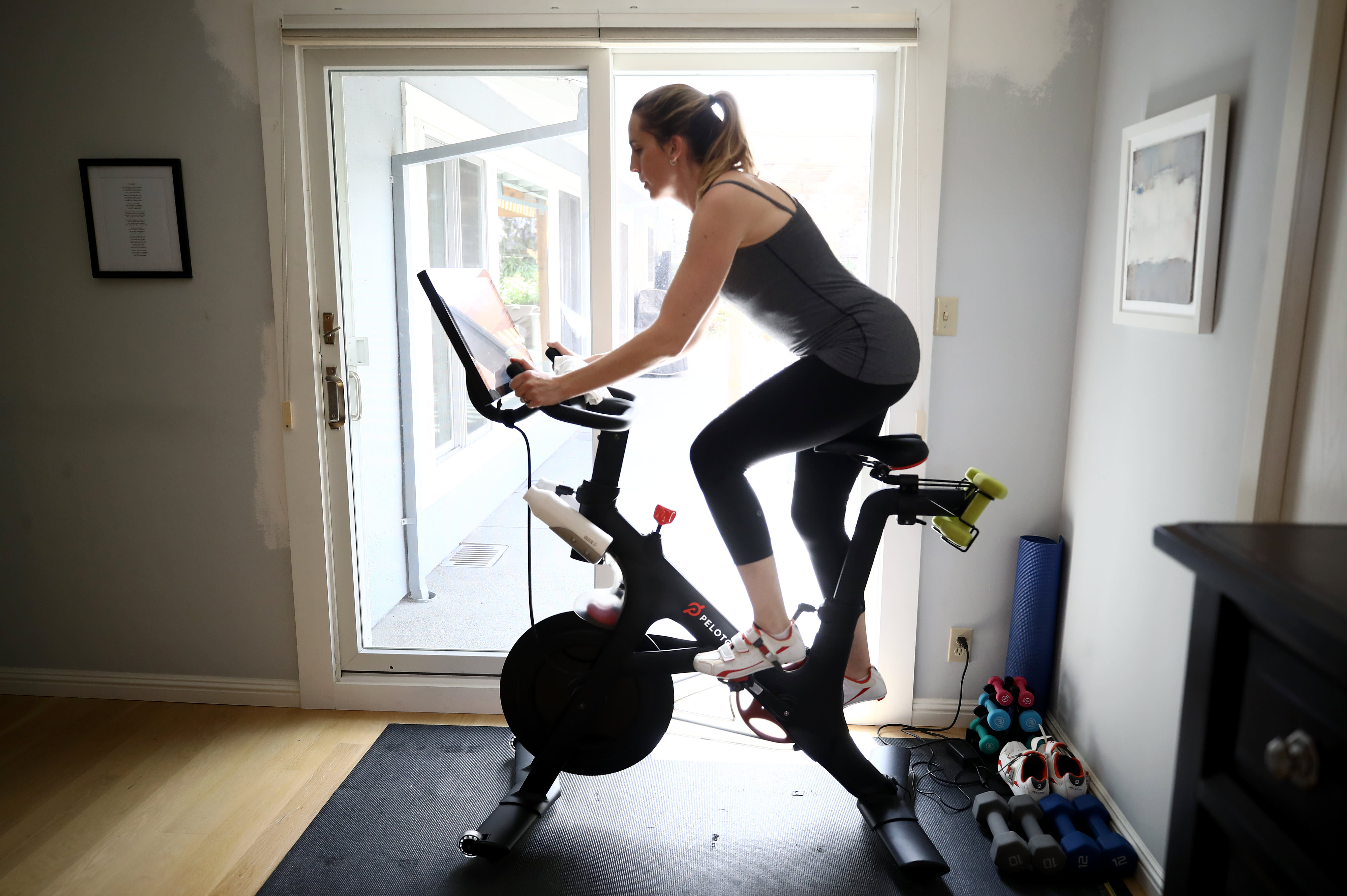 Peloton investors were in for a rude awakening on Thursday.

Many expected to see the connected fitness equipment maker report slowing sales. Gyms have reopened, and outdoor runs and vacations beckoned during the summer months. What investors hadn’t anticipated was a 20% price cut in the company’s top-selling product and a ramp up in marketing spending.

Roughly $2.9 billion of Peloton’s market capitalization was lopped off on Friday, the day after the pricing announcement was made and the company reported a wider-than-expected loss in its fiscal fourth quarter.

For most of 2020, the company rode a wave of homebound consumers willing to spend thousands of dollars to burn calories when gyms were shuttered due to the pandemic. Such heightened demand resulted in supply chain snafus, forcing Peloton to shell out more money to speed deliveries. Nonetheless, growth was coming much easier than it ever imagined. Peloton’s quarterly revenue ballooned to more than $1 billion for the first time as the year came to a close.

Its stock has gone along for the ride, too. Peloton was one of the biggest gainers on the Nasdaq 100 last year, with shares rallying 434% in 2020. But so far this year, its share price has tumbled nearly 30%, closing Friday at $104.34, as investors stare down a new reality.

Wall Street has mixed opinions on where the stock might go next. According to FactSet, analysts’ average price target is $133.40. That’s solidly above its 52-week low of $68.06 last August but a good measure below its all-time high of $171.09 in January.

What many can agree on, though, is that Peloton’s path to profitability is changing.

“If you had told me yesterday that Peloton would guide to 1.3 million connected fitness net adds for fiscal 2022, I would’ve said the stock would be up 10%,” J.P. Morgan analyst Doug Anmuth said in a note to clients. “But the composition of how Peloton is getting there is different than expected. The reduction [in the Bike price] is bigger and sooner than we expected.”

Anmuth holds a price target of $138 on Peloton shares. He still expects international expansion and future product launches, including a rumored rowing machine, will help to fuel growth.

But Peloton is forecasting an adjusted loss of $325 million, before interest, taxes, depreciation and amortization, in fiscal 2022, which just started. The company doesn’t expect to be profitable again until 2023.

In its latest quarter ended June 30, total gross margins fell to 27%, from nearly 48% in the year-ago quarter, as costs associated with a treadmill recall and extra expenses for shipping ate into profits.

“Over the past year and a half, [Peloton] hasn’t really had to pull any levers,” Wedbush analyst James Hardiman said in an interview on CNBC’s “Tech Check” Friday. “And now, for them to continue to fuel this growth story … they are going to have to play their cards exactly right for the current valuation to stick.”

Not only is Peloton slashing the price of its Bike, but it will hike marketing spending significantly in the coming months. It’s facing stiffer competition in the connected fitness space.

Peloton hasn’t disclosed exactly how much it plans to spend, but sales and marketing expenses in its latest quarter climbed 172% from a year earlier.

In a phone interview with CNBC, Peloton President William Lynch said the company plans to use a range of paid media advertisements to raise awareness around its Tread, in particular. The less expensive version of Peloton’s two treadmill machines is launching in the United States next week, after a monthslong delay due to a recall.

“We think it’ll allow us to grow faster, and it’s going to be against the Bike price drop,” Lynch said.

Peloton has stated previously that it sees an opportunity to reach roughly 15 million households globally, and sell 20 million units of equipment, compared with the 2.33 million it has sold to-date.

According to BMO Capital Markets analyst Simeon Siegel, Peloton’s stock has run up, essentially, as if the company has already achieved those household and equipment targets. Yet, Peloton is still far from doing so. And lowering the Bike price might not be enough of a catalyst to get it there, he said.

According to FactSet, Siegel has the lowest price target among Wall Street analysts for Peloton shares, at $45 — which would imply Peloton’s value would be cut by more than half from where it’s currently trading.

“Lowering the cost of the Bike may grab new customers, but it shouldn’t extend their lifetimes,” Siegel said. “And if anything, one can make hypothesis that the lower the initial cost, the lower the barrier to churn [or drop the service].”

“If competition remains elevated, which we believe it will, we worry marketing [costs] will see ongoing growth, rather than vice versa,” Siegel added.

Management explained that Peloton is cutting prices — of what is its least expensive product — in order to reach more customers who would not be able to afford the company’s equipment otherwise. The company also said it has built up enough manufacturing capacity in recent months to be able to afford the price reduction, as it achieves greater production efficiencies.

When questioned by analysts, Chief Executive John Foley commented during an earnings conference call that Peloton is acting on the offensive — not the defensive.

Foley has also said that Peloton believes its treadmill business will one day be two-to-three times the size of what its Bike business is today. The company doesn’t currently break out revenue from cycles versus treadmills.

Peloton’s growth in the treadmill category has been on pause after the company recalled of its Tread and Tread+ machines due to reported injuries and one child’s death. The company faces several related lawsuits and on Friday it revealed the U.S. Department of Justice and the Department of Homeland Security has subpoenaed the company for more information on the matter.

As Peloton resumes sales of the Tread — the less expensive of the two machines — analysts should be able to glean more insights into how consumers are responding. (It’s unclear when Tread+ sales will resume.)

Bank of America upgraded the fitness company’s stock on Friday, to buy from neutral, and raised its price target by $3 to $138 per share. The Wall Street firm said it is most bullish on the opportunity for Peloton to grow its treadmill sales in the years ahead.

“Peloton indicated that Tread leads have been ‘incredibly strong’, and we trust that this enthusiasm on the launch is not unwarranted,” analyst Justin Post said in a research note. “Six months from now, we think [subscription] adds will be more important for the stock than margins.”

—CNBC’s Michael Bloom and Crystal Mercedes contributed to this report.