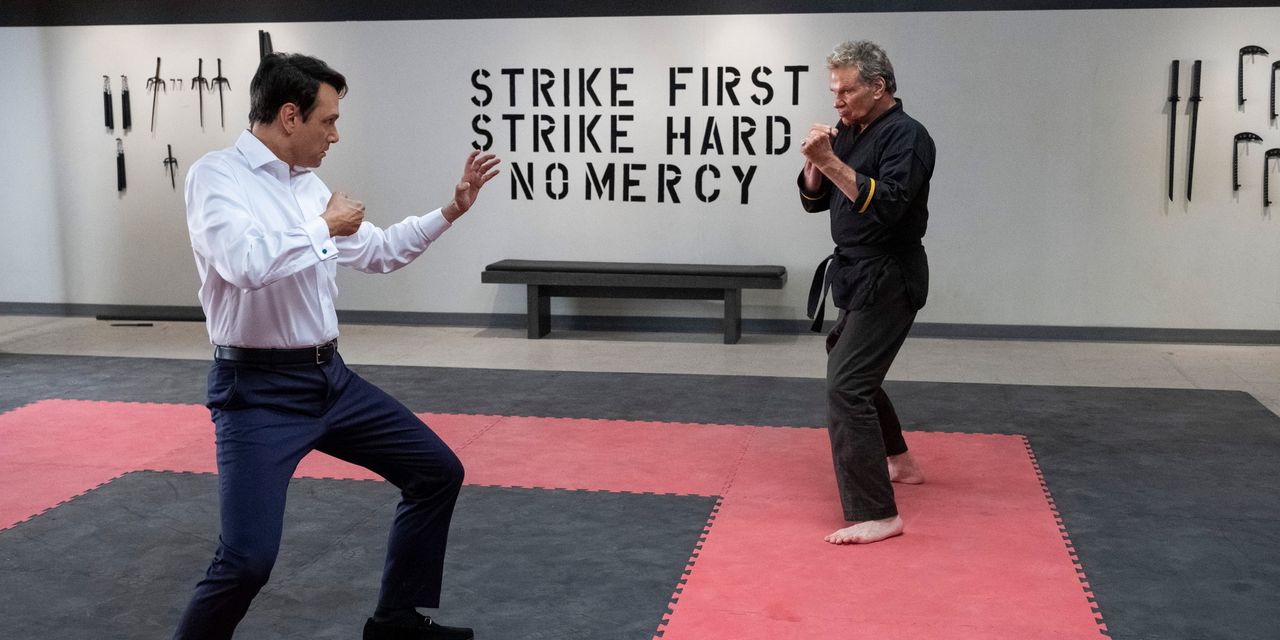 The streaming giant told investors Tuesday that while its competition is growing and rivals are combining to create more formidable entertainment platforms, it sees no need to get bigger to compete.

“We don’t view any assets as ‘must-have’ and we haven’t yet found any large scale ones to be sufficiently compelling to act upon,” Netflix said in its second-quarter letter to shareholders.

The company said that the potential of streaming is driving the deal-making but that it doesn’t believe the media consolidation of the past several years has affected its growth.

“We are mostly competing with ourselves to improve our service as fast as we can. If we do that, we’re confident we can maintain our strong position and continue to grow nicely as we have been for the past two-plus decades.” Netflix said.

Netflix’s declaration came as the company said it added 1.5 million memberships in the second quarter as the streaming giant continues to see slower growth in new subscribers following a surge last year at the height of the Covid-19 pandemic.

Netflix said the pandemic had created what it called “lumpiness” in its membership growth, referring to higher growth last year and slower growth this year. The company said it has 209.2 million subscribers world-wide. Shares were flat in after-hours trading.

The global leader in streaming’s approach to acquisitions is the opposite of the rest of the entertainment industry, which is in a frantic phase of deal-making in the hopes of assembling content giants that can be formidable rivals to Netflix.

agreed to combine their media operations into a new stand-alone company whose assets will include HBO Max, CNN, Discovery+ and the Warner Bros. movie and TV studios. Last month,

struck a deal to acquire MGM for $6.5 billion in the hopes of using the famed movie and TV studio’s library and intellectual property to bolster its Prime Video streaming service.

, parent of NBCUniversal and

have discussed creating a streaming partnership for international markets, according to people familiar with the matter.

While Netflix is steering clear of deals, it is looking to expand into new businesses, particularly gaming. Last week, the company hired

as vice president of game development. The company said it would focus on games for mobile devices and would likely rely on Netflix shows and movies for content. Games will be included at no extra cost to Netflix members.

“We think the time is right to learn more about how our members value games,” the company said in its shareholder letter.

Are you watching more or less Netflix these days? Join the conversation below.

said on the company’s investor video Tuesday that games and other ancillary businesses that the company is exploring, such as retail, aren’t meant to be new profit centers or to take away from its content operations.

“We’re a one-product company with a bunch of supporting elements,” Mr. Hastings said.

Netflix’s addition of 1.5 million subscribers for the three-month period ending June 30 exceeded its earlier forecast of an additional one million memberships. It added 10 million in the second quarter a year earlier, when much of the world was in lockdown mode.

Total revenue at the Los Gatos Calif.-based company rose to $7.34 billion, compared with $6.15 billion a year earlier. Wall Street had expected $7.32 billion, according to FactSet.

The Asia Pacific region was the company’s strongest in terms of new members, responsible for nearly 70% of the 1.5 million added subscribers. In the U.S. and Canada, the streaming giant lost 400,000 subscribers—the first time it has done so in those markets since the second quarter of 2019.

Netflix is anticipating a stronger third quarter as media-production delays ease and more fresh content is available. The company said it is forecasting paid net additions of 3.5 million, compared with 2.2 million in the third quarter of 2020.

The pandemic continued to hamper Netflix’s lineup of original content for the quarter, but the company said it expects to have a strong slate for the rest of the year.

—Allison Prang contributed to this article.

Corrections & Amplifications
In May, AT&T Inc. and Discovery Inc. agreed to combine their media operations into a new stand-alone company. An earlier version of this article incorrectly identified Discovery Inc. as Discovery Communications Inc. (Corrected on July 20, 2021.)