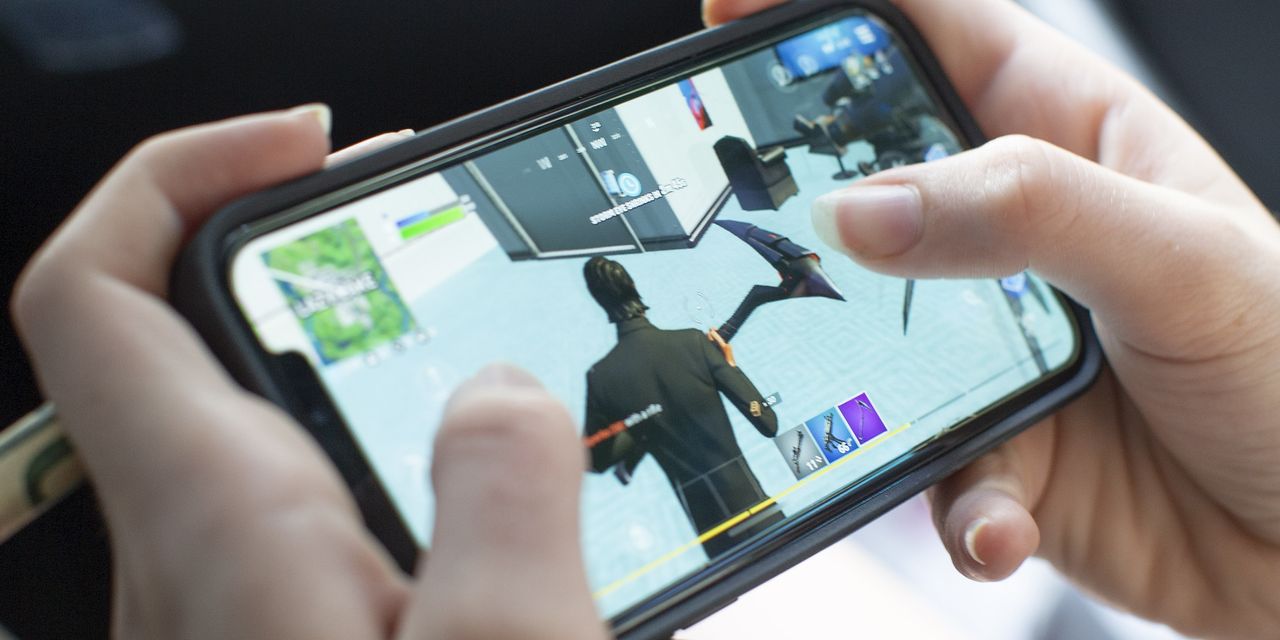 devices, this time disclosing that roughly a third of players access it through the tech giant’s App Store.

Epic Games Inc. late Friday filed a motion seeking a preliminary injunction against Apple, reiterating arguments made in a federal lawsuit last month when it accused the tech giant of monopolistic behavior after pulling “Fortnite” from the App Store. The closely held software developer also sued Google for removing the game from its Google Play store the same day.

Apple and Google made that move after Epic introduced an in-game payment system that would skirt the 30% fee certain developers are required to pay the companies for in-app purchases.

Epic said that more than 116 million registered “Fortnite” players have accessed the survival-shooter game through a device running Apple’s iOS operating system, making it the game’s largest platform. Of those players, Epic said 63% only play “Fortnite” this way. The game has 350 million registered players overall, according to Epic.

“Apple has driven a stake in the ‘Fortnite’ community,” Epic said in its filing.

Apple declined to comment Saturday on Epic’s latest filing. Apple has previously said Epic has put customers in the middle of their fight and that it hopes to work with the software developer in the future.

Epic’s new filing comes ahead of a hearing scheduled for Sept. 28 on its broader case, which seeks an end to what it describes as anticompetitive conduct with how Apple operates its App Store.

The dispute is the latest tussle between companies and app-marketplace operators. Companies including

have been critical of Apple and the commission it charges software developers.

Though “Fortnite” can be played on mobile devices as well as gaming consoles and computers, Epic said Apple’s moves have irreparably harmed its business.

Apple and Google have defended their business practices, saying the commission fees are necessary because of the services the stores provide, including security and safeguarding user privacy. Apple has also said its 30% commission is the same amount that most other app marketplaces charge.

A California federal judge ruled Aug. 24 that Epic can maintain access to Apple’s software-development tools needed to update its Unreal Engine, but that “Fortnite” would remain out of the App Store.

“Epic’s renewed push for the same thing as last month will most likely result in the same mixed ruling again,” said Florian Mueller, an independent analyst in Munich focused on antitrust issues. “Apple won’t have to tolerate an alternative payment system in ‘Fortnite,’ but Epic will retain access to Apple’s developer tools to improve and maintain its Unreal Engine.”

Epic, which launched a public-relations campaign critical of Apple along with its lawsuit, has since continued to urge players and other game developers to take its side. The company is valued at more than $17 billion and has said it is committed to the fight, but the dispute could cost more than legal fees.

While “Fortnite” is free to play, Epic sells virtual goods inside it such as character costumes and special modes. In July, the shooter-survival game generated about $52.5 million of in-app spending through the App Store and Google Play combined, according to estimates from research firm Sensor Tower Inc. “The continued loss of ‘Fortnite’ as a gathering place for users on all platforms will lead Epic’s customers to defect,” Epic said in its filing Friday.

Epic’s battle with Apple comes as the Justice Department is investigating Apple over antitrust concerns surrounding its App Store. Even so, some legal experts say Epic is facing an uphill battle.

“Apple has chosen to impose a 30% commission at the app-use level rather than extracting those revenues from the iPhone purchase,” said Paul Swanson, a Denver-based antitrust lawyer at Holland & Hart LLP. “I don’t think antitrust prohibits that choice any more than it would prohibit a club from imposing whatever cover charge it chooses and then charging whatever it wants for drinks within the club.”