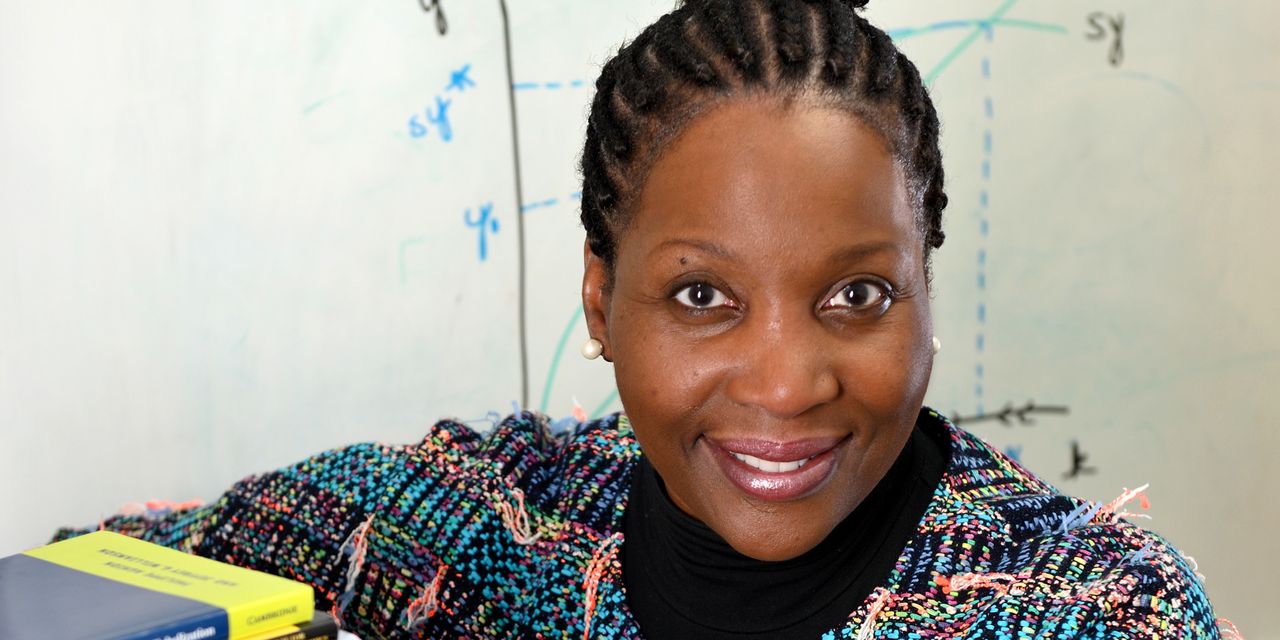 has often focused her research on policies that promote broad economic opportunity, particularly for racial minorities and women, an approach she could soon bring to the central bank and its policy making.

President Biden has nominated Dr. Cook, a professor of economics and international relations at Michigan State University, to join the Federal Reserve Board of Governors as it prepares to start raising interest rates in March to fight the highest inflation in decades, while the economy is still healing from a downturn earlier in the Covid-19 pandemic.

Her past scholarship and interviews with current and former colleagues suggest she would be likely to weigh monetary-policy decisions with an eye to their effects on economically disadvantaged Americans and economic inequality. Dr. Cook’s confirmation hearing, alongside two other Fed nominees, is set for Thursday before the Senate Banking Committee. If confirmed, she would be the first Black woman to serve on the board.

“You need someone who understands what [monetary policy] means at the level of the ordinary person, to boil economics and policy down to where it impacts. And that’s where Lisa has this gift of being able to straddle the two worlds,” said

who is director-general of the World Trade Organization and has known Dr. Cook professionally and personally for about 20 years.

Ms. Okonjo-Iweala said she would expect Dr. Cook to be concerned about addressing high inflation, for example, but also sensitive to how interest-rate increases could have uneven effects on different parts of the economy, such as the small-business sector.

In a career spanning more than two decades, Dr. Cook has written about topics ranging from banking systems in developing economies to policy prescriptions for supporting Americans and small businesses during the Covid-19 pandemic, according to her curriculum vitae. She worked as a senior economist at the White House Council of Economic Advisers during the Obama administration and spent a year as a Treasury Department senior adviser during the Clinton and

She also served on Mr. Biden’s presidential transition team, where she worked as the deputy lead of a group that reviewed the Fed’s policies.

Republicans on the Senate Banking Committee will likely press Dr. Cook during her nomination hearing about her views on the Fed’s inflation-fighting goals and whether she sees a central-bank role on topics such as racial inequality.

(R., Pa.), the committee’s ranking member, and other GOP members on the panel have often expressed concerns that the Fed could exceed the limits of its remit by delving into such issues. The Fed is primarily tasked with a so-called dual mandate of fostering stable prices and maximum employment.

A spokeswoman for Mr. Toomey and the committee’s GOP members said they would also be looking to assess Dr. Cook’s stance on the independent and apolitical nature of the Fed.

Some are also likely to question the extent of her expertise in monetary policy.

Mr. Toomey said in a written statement that he would examine whether Ms. Cook has “the necessary experience, judgment, and policy views to serve” on the Fed board.

(D., Ohio) said of Dr. Cook and Mr. Biden’s other recent Fed picks, “There is no question that these nominees are qualified.” He added, “In my meetings with them, they made clear that they understand how our economy works—and who makes it work.”

an Ohio State University economics professor who has co-written research with Dr. Cook, said it would be shortsighted to view her work on issues such as economic inequality along racial and gender lines as irrelevant to the Fed’s dual mandate.

That thinking “leads to lower levels of growth and innovation and an economy that misallocates resources. So I think it’s really important to push back against that thinking to say, ‘What kind of economist wants misallocation of resources?’ ” he said.

How would you expect Dr. Cook to influence Federal Reserve policies? Join the conversation below.

Dr. Cook has described herself as someone who came to the study of economics somewhat by chance.

Before earning her doctorate, Dr. Cook was unsure what direction her career should take, she recalled in a 2019 podcast from the Federal Reserve Bank of St. Louis. That changed when she was hiking at Mount Kilimanjaro and stumbled into a conversation with a fellow hiker who was an economist. The man, whom she didn’t identify, convinced her that economics could be the lens through which she studied topics she cared about, she said.

“This was a real pivot and it just brought some clarity to the kinds of questions I was interested in and the kinds of methods that were used to answer these questions. So that was the first step,” she said.

She earned a Ph.D. in economics from the University of California, Berkeley. She wrote her doctoral dissertation on the banking system in czarist and post-Soviet Russia, the first of several writings on international economic issues.

Dr. Cook received bachelor’s degrees from Spelman College in Atlanta and Oxford University, where she was a Marshall Scholar. She then earned a master’s degree in philosophy at the University of Dakar in Senegal.

Dr. Cook’s research interests were also shaped by her experiences growing up in Milledgeville, Ga., during the 1960s and 1970s amid the civil-rights movement and its aftermath. Her parents, who were active in civil-rights groups, worked to shield their children from the harsh realities then for Black people living in the desegregating south, said Pamela Cook, Dr. Cook’s sister.

“Once we got older, we could look back and see what our parents had done in order to protect us from what was going on at the time,” Ms. Cook said. “We’re continuing to learn a lot of this history and make sense of the things we saw.”

In one of her research papers, Dr. Cook linked mass violence and discrimination against African-Americans between 1870 and 1940 to a decline in patents obtained by Black people. She has used the findings to argue that a lack of economic opportunity for some can have negative implications for the broader economy, including by discouraging innovation.

Dr. Cook cares about “the institutional settings that exist that allow for us to grow as an economy,” Dr. Logan said. “These are things that I think people don’t think about in terms of the Fed, but these are things Lisa is thinking about that does add an element of diversity that goes beyond her demographics.”

When she joined the White House Council of Economic Advisers in 2011, she continued to focus on international finance, along with issues of entrepreneurship, innovation and development, according to the 2012 Economic Report of the President.

Dr. Cook’s portfolio at the White House reflected her versatility as an economist, said

a professor of economics at the University of Maryland who served on the council at the same time.

“The work of the CEA is often very time-sensitive. It can be high-pressure. It can involve multiple constituencies outside of CEA, and Lisa was wonderful about navigating all of that,” Dr. Hellerstein said. Those attributes “will translate beautifully into her work at the Fed.”